Abrams to rumble into Ukraine: US joins Germany’s vow to send Kyiv tanks 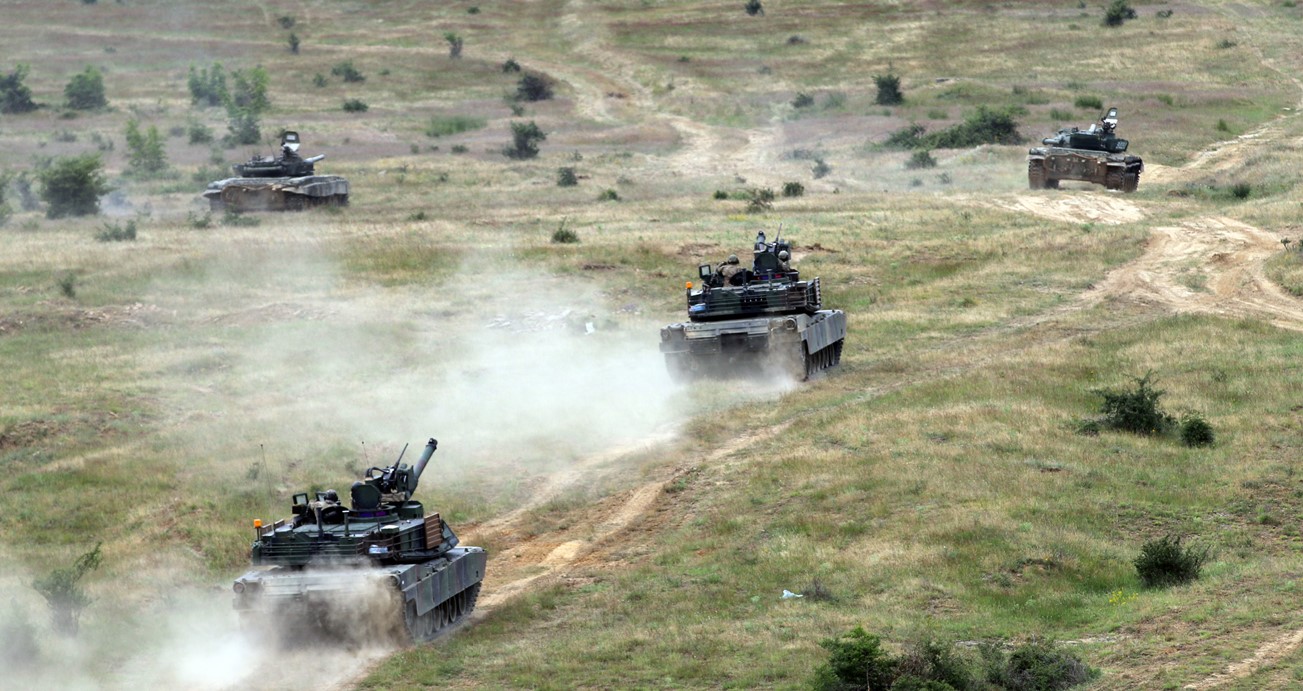 US Army M1 Abrams tanks train inside Bulgaria. (US Army)

WASHINGTON — A battalion-worth of American M1 Abrams main battle tanks will eventually make their way to Ukraine to help in the fight against Russia, the Biden administration said today, just hours after Germany said it, too, would free German-made Leopards for the fight.

US President Joe Biden is poised to make the official declaration midday local time, but several administration officials previewed the announcement to reporters earlier in the morning. Although the officials declined to specify which Abrams tank variant will be sent to Ukraine, they said the US will not pull these vehicles from units or existing stockpiles and instead use the Ukraine Security Assistance Initiative to provide 31 tanks.

“While the deliveries will take some time, because this is a procurement, the United States will begin now to establish a comprehensive training program for their use,” one administration official said. “These tanks are complex systems that require a significant amount of training and maintenance, so [the Department of Defense] is currently working through the mechanisms to deliver the fuel and equipment Ukraine will need to operate and to maintain the Abrams.”

RELATED: What is a ‘main battle tank,’ and how will Ukraine use them?

That official declined to detail when the Abrams tanks will arrive inside the country but said it will take “months as opposed to weeks.” Once there they will help Ukraine with combined arms maneuver operations to “to defend and reclaim their territory,” the official said.

Today’s announcement is a stark departure from the administration’s prior public reservations about sending the Abrams, having argued it is simply not the right tank for Ukraine, due in part, to a laundry list of logistics hurdles including with fuel, maintenance and the tank’s sheer weights and size on European roads and bridges. Even just Tuesday Pentagon Press Secretary Pat Ryder reasserted that those tanks are challenging to maintain and that remains “true yesterday. It’s true today. It’ll be true in the future.”

The senior administration official did not detail a comprehensive plan to overcome those challenges but reasserted that the lag time between now and the delivery dates will provide the Pentagon with time to sort through some of those issues, including fuel, while also properly training Ukrainians how to operate and maintain that battalion of M1 Abrams tanks.

RELATED: Zelenskyy praises US plan to include ‘a’ Patriot battery in $1.9B weapons package

As for the about face, senior administration officials did not detail what changed their calculus over the past several days, but noted that continued talks with NATO allies, including Germany, have played a factor, especially at a time of concern over just what weapons may provoke Russian ire.

“This really was an iterative conversation that we have been having with the Germans,” the senior administration official said. “We’ll refer to the German government for them to speak on the timing and nature of their own decision, but certainly we have closely coordinated our security assistance with allies and partners throughout the conflict, including Germany.”

Additionally, the US is providing Ukraine with eight M88 Recovery Vehicles in case the Abrams tanks break down or get stuck in the mud and need to be towed for repairs, perhaps a sign of the logistical, practical challenges to be overcome.