Back to the Future: Resurrecting ‘Air/Sea Battle’ in the Pacific 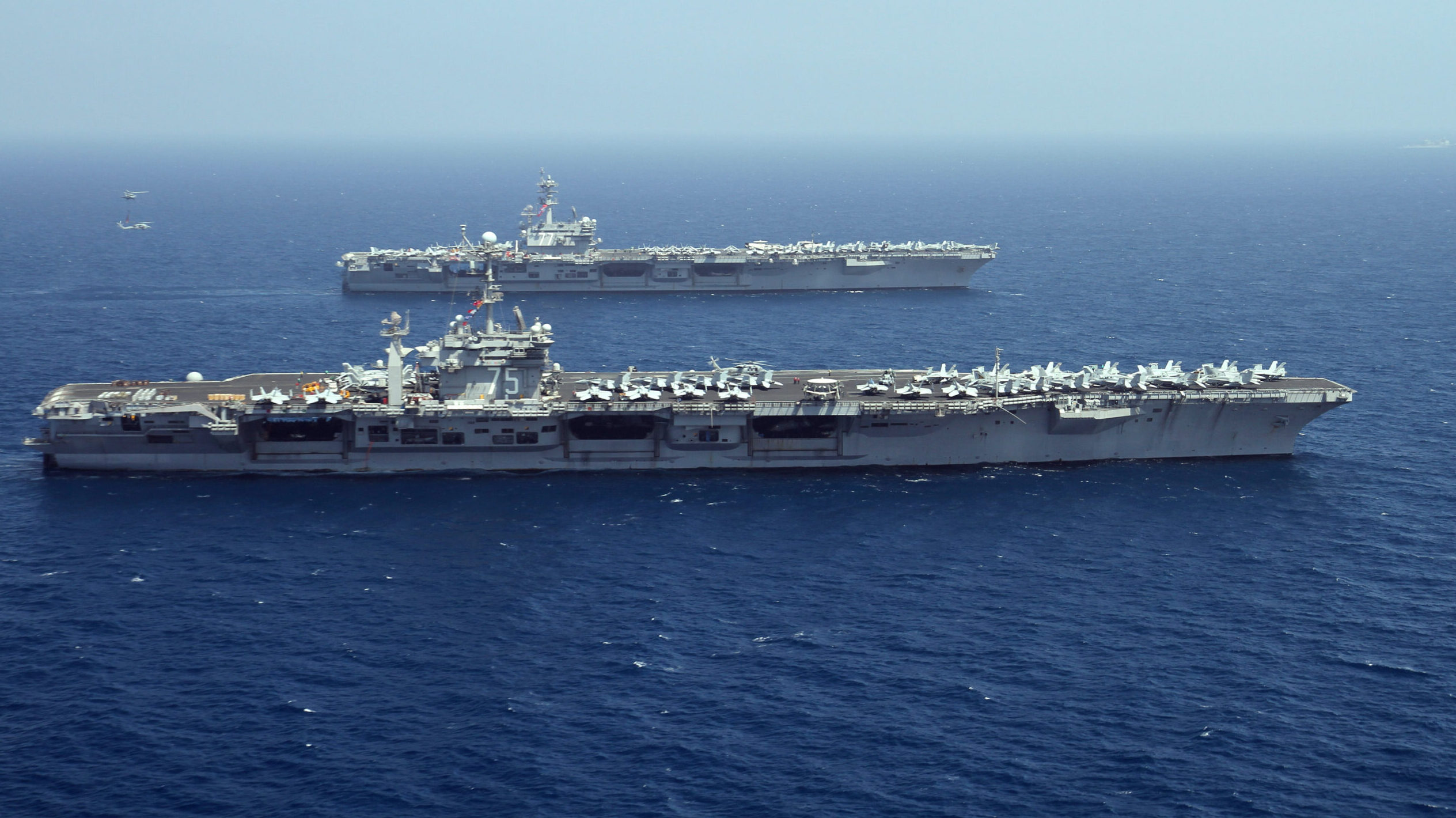 Few contingencies are more concerning for US strategists than an all-out fight with China in the western Pacific. In the op-ed below, retired Adm. James Foggo and navalist Steven Wills argue that it might not be as bad as a recent wargame suggests, but he’s still plenty concerned the US has left a battle-proven operational concept to atrophy. Time to get it back in shape.

A recent unclassified wargame conducted by the Center for Strategic and International Studies (CSIS) suggested that a Chinese invasion of Taiwan, and the resulting American military response, would result in significant casualties for both sides and at best offer a “Pyrrhic victory” to the winner. Questions will no doubt be raised in response on the ability of the US Joint Force to combat Chinese aggression if called upon to defend US allies and partners.

The outcome of the CSIS wargame may indicate otherwise, but there is no need for panic. The reason for the conduct of such games is to learn from our mistakes and adjust doctrine, plans and strategy accordingly. The solution might entail taking a “back to the future approach,” and stealing an Air Force-Navy concept from more than a decade ago.

RELATED: ‘A bloody mess’ with ‘terrible loss of life’: How a China-US conflict over Taiwan could play out

While any conflict with China requires a joint approach, the services doing the “heavy lifting” will be the Navy and the Air Force. This is not a new concept, and as recently as 2009 the United States Navy and the United States Air Force began bilateral cooperation on an operational level of war concept entitled “Air/Sea Battle” (ASB) [PDF]. The concept came in response to adversaries like Iran, North Korea, and especially the People’s Republic of China (PRC), who observed US operations in Iraq in 1991 and 2003 and sought systems and weapons to keep US expeditionary sea and air forces outside precision-guided munitions range.

Since 2010 the PRC has constructed a significant reconnaissance strike complex armed with long-range sensors, aircraft and missiles that create a “great wall at sea” designed to keep the US joint force out of the western Pacific. Generally known by the acronym A2/AD (anti access/area denial), the system and the vast sea, air, and space domains it purports to close appears a formidable obstacle to US joint force operations.

The original ASB concept was a bilateral service cooperative effort to produce a new operational concept – not a strategy — for the joint employment of Air Force and Navy assets against A2/AD systems. It took as its inspiration the Army’s Air/Land battle concept [PDF] of the 1970s and 1980s where, should a Cold War turn hot, Army and Air Force units would use precision-guided munitions to attack Soviet units in the rear and not yet in active combat.

Air/Sea battle in the 2010s was more about developing the network needed to support an attack in depth on an A2/AD system than on the weapons to facilitate the effort. A 2013 ASB battle concept paper [PDF] described the objective as, “The ASB Concept’s solution to the A2/AD challenge in the global commons is to develop networked, integrated forces capable of attack-in-depth to disrupt, destroy and defeat adversary forces (NIA/D3).”

In the past, conflicts like Operation Odyssey Dawn against Libyan leader Muammar Gadhafi in 2011 offered an important battle lab to test the concepts of ASB, including suppression of enemy air defenses, long-range strike from the air and from the sea, network-centric warfare across a variety of different service platforms, and the role of unmanned systems in warfare. Participating forces were to establish a No-Fly Zone over Libya in order to protect the civilian population from elements of the Gadhafi regime.

The establishment of a No-Fly Zone required suppression of enemy air defenses on the first night of the campaign and was fought primarily from the sea and from the air. The No-Fly Zone was accomplished by long-range strike employing sea-based Tomahawk missiles strikes, followed by Air Force strike assets from bases as far away as Ramstein or Aviano [PDF]. Air/Sea synergy made the no-fly zone mission a success.

The lessons learned from Odyssey Dawn are valuable in planning for other geographic areas. Navy and Air Force teams worked well together in the waters surrounding, or in the airspace over Libya, and the same approach must be applied and expanded to conflict in the western Pacific.

In that region, the Chinese A2/AD system is formidable but not without weaknesses. The 2022 US Department of Defense report [PDF] on Military and Security Developments in the PRC hints at the range the PRC can “see” in terms of air and missile defense. It states, “The PRC has a robust and redundant IADS architecture over land areas and within 300 nm (556 kilometers (km)) of its coast that relies on an extensive early warning radar network, fighter aircraft, and a variety of SAM systems.”

Longer ranges are achieved through a combination of land and sea-based radars, reconnaissance aircraft and satellite coverage. As argued by the Swedish Defense Research Agency in their assessment of similar Russian systems, however, the loss or degradation of any of these interdependent parts can dramatically reduce target detection and subsequent weapon ranges. Thus, US air and sea forces can exploit those gaps to inflict heavy losses on opponent forces.

Alas, the earlier Air/Sea battle concept was a good start but weakened through forced parochial jointness to include other services that were not ready to contribute. The addition of the Army by the Department of Defense to the mix changed the name of the effort to Joint Access and Maneuver Concept for the Global Commons (JAM-GC)—effectively burying it.

The Air Force and the Navy need to reinvigorate this bilateral training and warfighting concept so that air superiority and sea control can be achieved when and where the US desires in order to achieve the commander’s objectives. This will enable the disruption of the Chinese A2/AD reconnaissance strike complex and, as a result, limit the effective range and capabilities of their weapons. The Chinese system is far from invincible and can be impacted to allow direct action against Chinese forces attempting to invade Taiwan or the territory of an American treaty ally.

The Falklands war of 1982 showed that casualties are inevitable in high-intensity maritime combat with missiles, but good US Joint Force operational planning and mission command-focused execution can defeat the Chinese “great wall at sea.” If the Chinese believe that, then deterrence may be preserved and the terrible casualties of the CSIS scenario avoided.

James G. Foggo is a retired US Navy admiral, former commander of US Naval Forces Europe and Africa and commander NATO Allied Joint Force Command Naples. He was the one-star Joint Task Force (JTF) Odyssey Dawn Operations Officer (J-3) for the Libya Campaign in 2011. He is currently the dean of the Center for Maritime Strategy, a nonprofit nonpartisan think-tank. Steven Wills currently serves as a navalist for the Center for Maritime Strategy and is an expert in US Navy strategy and policy and US Navy surface warfare programs and platforms.