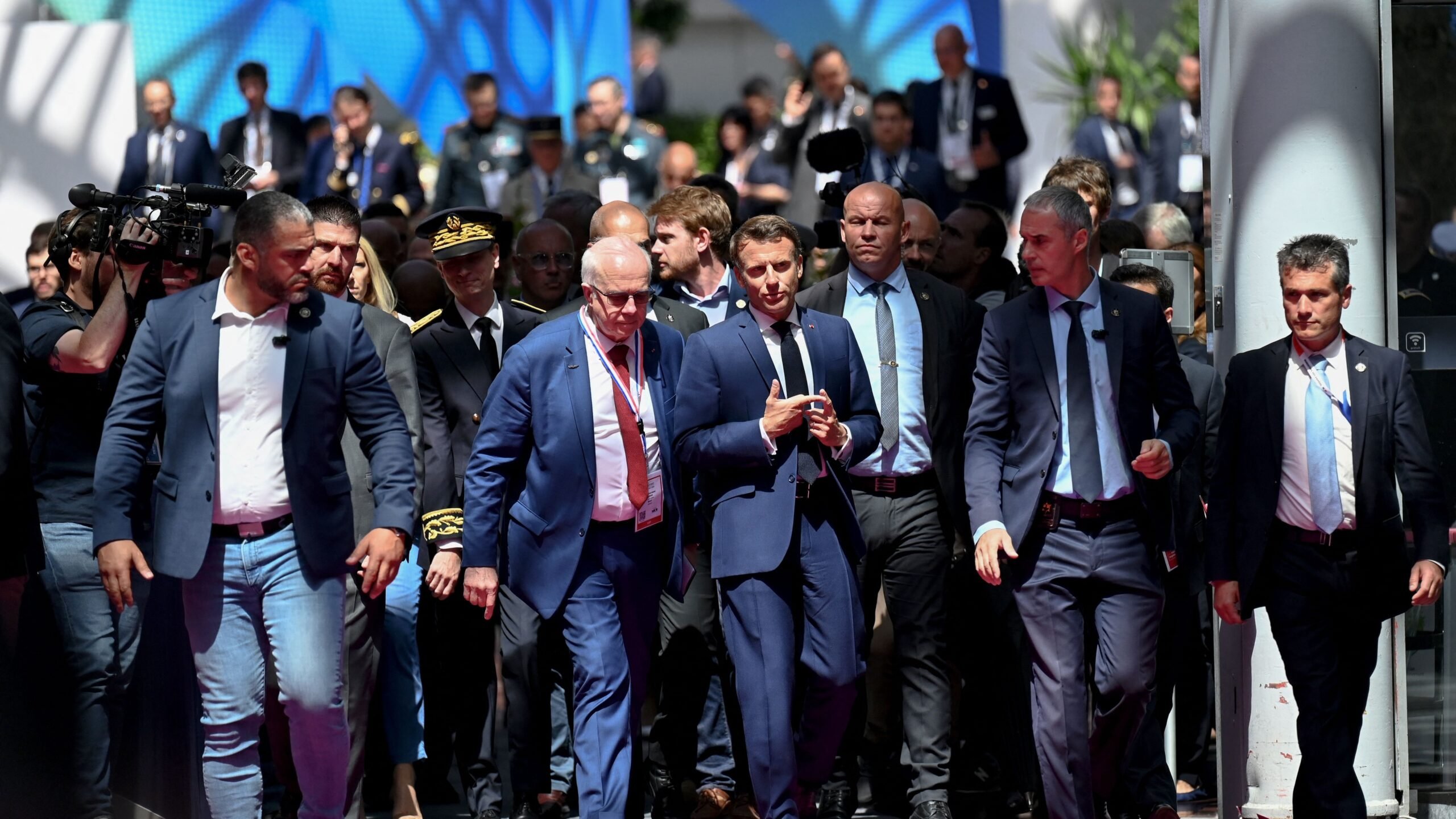 PARIS: Russia’s invasion of Ukraine has led the rest of Europe into a “war-time economy,” shocking many countries into making spectacular increases in their defense spending. And with increased spending comes increased opportunities — and has sent European industry scrambling to try and find ways to meet the potential demand.

French President Emmanuel Macron laid down a clear marker when he opened the 15th biennial Eurosatory land armaments exhibition a week ago, becoming the first head of state ever to do so — itself a statement of the moment and how the influx of defense spending, with roughly €150 billion ($158 billion) pledged by European nations since the start of Russia’s invasion, could have major domestic impacts for political leaders.

His remark that “spending a lot to spend elsewhere is not a good idea” was clearly aimed at those European countries that are buying American, such as Germany, which within days of announcing a €100 billion ($105 billion) injection of funds into defense promptly announced it would buy up to 35 US F-35 fighter aircraft.

“We need to reinforce a European defense industry and have a much stronger, more demanding industrial and technological defense base in Europe,” the president stressed. In a clear reference to the United States, he warned that unless this was done, Europe would be creating a future dependency just like the one it had built on Russian oil and gas. And so, he insisted, it is vital for European industry to “simplify” its collective offer “to build real European offers, have a real European standard.”

The French president exhorted industry to “go faster, think differently about production rates, ramp-up (…) in order to be able to more quickly reconstitute [stocks of] equipment indispensable for our armed forces, for our allies and for those whom we want to help.”

European industry certainly seems ready to jump in. Eurosatory broke its previous attendance record, with preliminary figures released by organiser COGES saying over 100,000 people came to the (professionals only) five-day exhibition where 1,730 companies from 63 countries — no Russians this time — were showing their wares. Between 220 to 250 official delegations visited.

But a number of executives at the show expressed concern about whether the idea that European industry can scale up to meet expectations may simply be unrealistic. The European governments may want to spend domestically, but ultimately they need to be able to get what they need.

Or as Nicolas Chamussy, the CEO of Nexter — one half of the Franco-German KNDS group — told Breaking Defense in an exclusive interview on the fourth day of the show, “it’s all very well to say that we’ll buy in Europe, but if the product doesn’t exist then it’s going to take time and it’s going to be very expensive.”

A manager of one major European contractor said that even if clearly “a new cycle of re-investment in the defense sector has opened,” it was difficult for industry to increase production rates, because the final products rely on a huge network of sub-contractors and suppliers “and we have to wait for these sub-assemblies to arrive.”

The person said that until now their company produced equipment for the military “only as the orders come in,” keeping no stocks; they also stated that because they used 2.4 billion different components a year and sometimes only needed a few units of each, it made it hard to keep stocks at optimal levels.  But they acknowledged it could be possible to stock long-lead items, such as components of a system or piece of equipment for which the design and manufacturing times are the longest, If guidance and funding could be secured from governments.

Emmanuel Levacher, the CEO of French wheeled armored-vehicle manufacturer Arquus (owned by Sweden’s Volvo Trucks), told Breaking Defense on the fourth day of the show that “we’ve felt a notable effervescence, there are a lot of people here, all the Europeans are here and we feel that there are real requirements and a sense of urgency, notably from central and eastern European nations.” Despite this, he too mentioned supply chain issues, even though “we can and we want” to increase production rates.

Levacher said he supports an effort, led by France’s DGA procurement agency, to create a law that would allow materials or competencies in civil companies to be requisitioned for the defense sector without France being formally at war, a system similar to the US Defense Priorities and Allocations System Program. He explained it was necessary because tier two and three suppliers often supply both the civil and defense sectors and that in certain circumstances it was important to put military needs first. “For example, we use a lot of aluminium in our products and there’s a shortage. We must ensure the sovereignty of our supply chain,” he stressed.

Chamussy, the Nexter CEO, warned that “we’re not going to invest in new [production] means without intelligence from our clients,” adding that “it’s not up to industry to decide if we’re going to transform into a war industry.” He too remarked that the supply chain was a problem, saying that “we can’t deliver a Caesar if the suppliers are not on time.”

Macron conceded that this wartime economy “is a change for many of us (…) it will force states to invest more, to be more demanding of industries; for the latter it will mean being even more innovative, faster; it will involve sometimes changing the mode of our relations so that we can meet requirement very much faster and help acquire those equipments which correspond to the sometimes short term requirements of the army.”

Amongst the necessary changes he called for was knowing how to combine innovation with ruggedness and simplicity of use, and the ever-present need to deliver equipment faster and with more agility.

Macron announced that he’s asked his new minister for the armed forces Sébastien Lecornu, and the chiefs of staff of the army, navy and air force to re-evaluate the current 2019-25 military program law and hinted at further restructuring amongst Europe’s fractured defense industries which he stressed was important for European sovereignty saying “I want to very clear: we are at the cusp of deep transformations.”

Industry would surely love to take part in that transformation, and the money that would come with it. Whether they can keep up or not will be seen in the months and years to come.