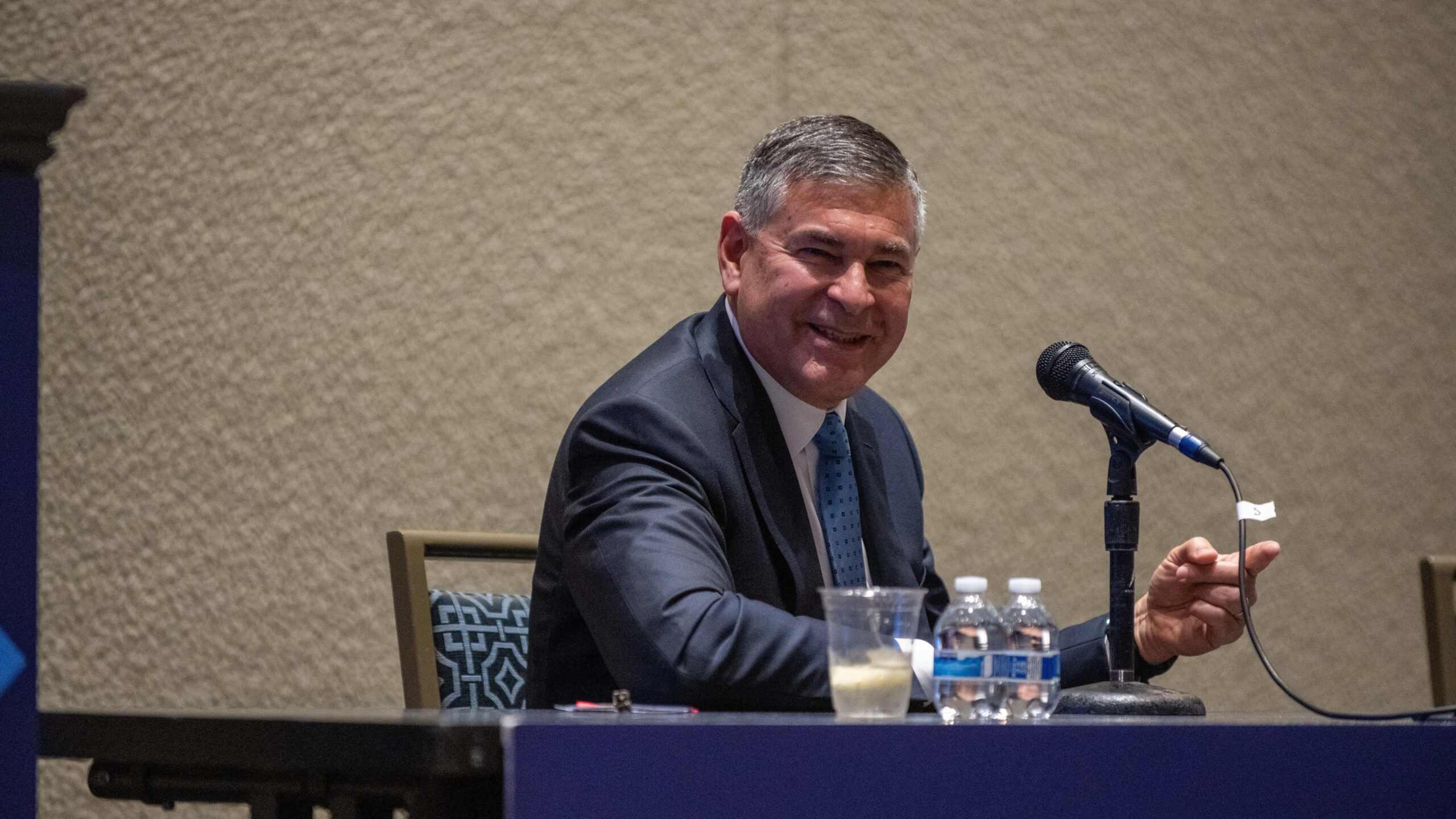 WASHINGTON: The outgoing director of the Pentagon’s innovation hub said today that the US could “hedge” against declining traditional advantages in a future fight by speeding the adoption of commercial technology capabilities to complement existing exquisite weapons systems, creating an “element of surprise” to future conflict.

“The ‘hedge’ is really recognizing the fact that we really would benefit by making a part of our strategy explicitly the development of other capabilities, complementary capabilities, those that can provide some surprise,” Brown said. “Why do we need a surprise here? Because our adversaries in some cases have stolen designs for large weapons platforms, China in particular, and then our adversaries…have studied our tactics, techniques, procedures, our way of fighting for years.”

“So if we are to bring an element of surprise to a… future conflict, we’re going to need some additional capabilities [so] that… we’re not just fielding the same weapons platforms in the same ways,” he said.

Or, as the strategy itself puts it, “The hedge addresses the inevitable vulnerabilities to these exquisite platforms from new, often inexpensive emerging capabilities such as AI-powered anti-ballistic missiles.”

The strategy, which was provided to Breaking Defense, encompasses three elements, starting with “leveraging emerging technologies to field alternative concepts and capabilities at scale to both complement and provide a hedge to our existing, exquisite weapons system platforms.”

The second element includes applying existing commercial solutions quickly and fielding the capabilities within three years in an effort to provide an element of unpredictability for adversaries who focus on US platforms. The third element involves a hedge strategy architecture that emphasizes resiliency through “SUMS.”

Brown said, “We’ve developed an acronym called SUMS — ‘small,’ ‘unmanned’ for the autonomous capability, ‘many’ to emphasize the resiliency we need because we can’t assume in a conflict with peer-level adversaries that we’re not going to lose some capability…and ‘smart weapons,’ which really means embedded sensors. This is already, if you look across what’s happening at DoD, happening in a variety of places. I just don’t think there’s the emphasis on it.”

The hedge strategy follows what Brown calls the “fast follower” approach, which calls for DoD to set up Centers of Excellence with a dedicated focus on key technologies, like small drones and commercial satellite imagery, that could quickly adopt and transition to the military.

“The point of the hedge [strategy] is that we’re bringing in commercial capability…that will complement the large weapons platforms. If we’re bringing in that commercial technology, we really need a way to ingest that faster,” he said. “We really have the same acquisition system to bring in large weapons platforms that we do to bring in AI software packages.”

To that point, Brown pushed for acquisition and budget reform, saying DoD needs a more agile and flexible process that both allows quicker commercial technology adoption and for senior leaders to get more money quickly to address emerging threats and take advantage of emerging capabilities.

The hedge strategy states “current incentives are aligned to continue with the status quo which, unfortunately, may be the equivalent of buying many more battleships on the eve of Pearl Harbor.”

“Those incentives, through the defense budgeting process, in particular, will continue to commit trillions of dollars to more tanks, ships, planes and nuclear weapons at the expense of fielding alternative concepts and capabilities or investing at the right level in new domains like space and cyber or investing to support an industrial base in new technologies like small drones or commercial satellites,” according to the strategy. “The result is a less flexible and hardware-centric capability focused on our large platforms.”

Brown in the past has also advocated for more money going to DIU, saying in a May 10 interview with Breaking Defense the innovation hub could accomplish more if it had more resources.

Heidi Shyu, under secretary for research and engineering, during a House Armed Services Committee hearing in May pledged to increase funding for DIU in the fiscal 2024 budget request.

The Pentagon in fiscal 2023 requested $67.3 million for DIU, but House lawmakers want to give the innovation hub $113.4 million, according to the HASC’s version of the FY23 defense policy bill, released Monday.