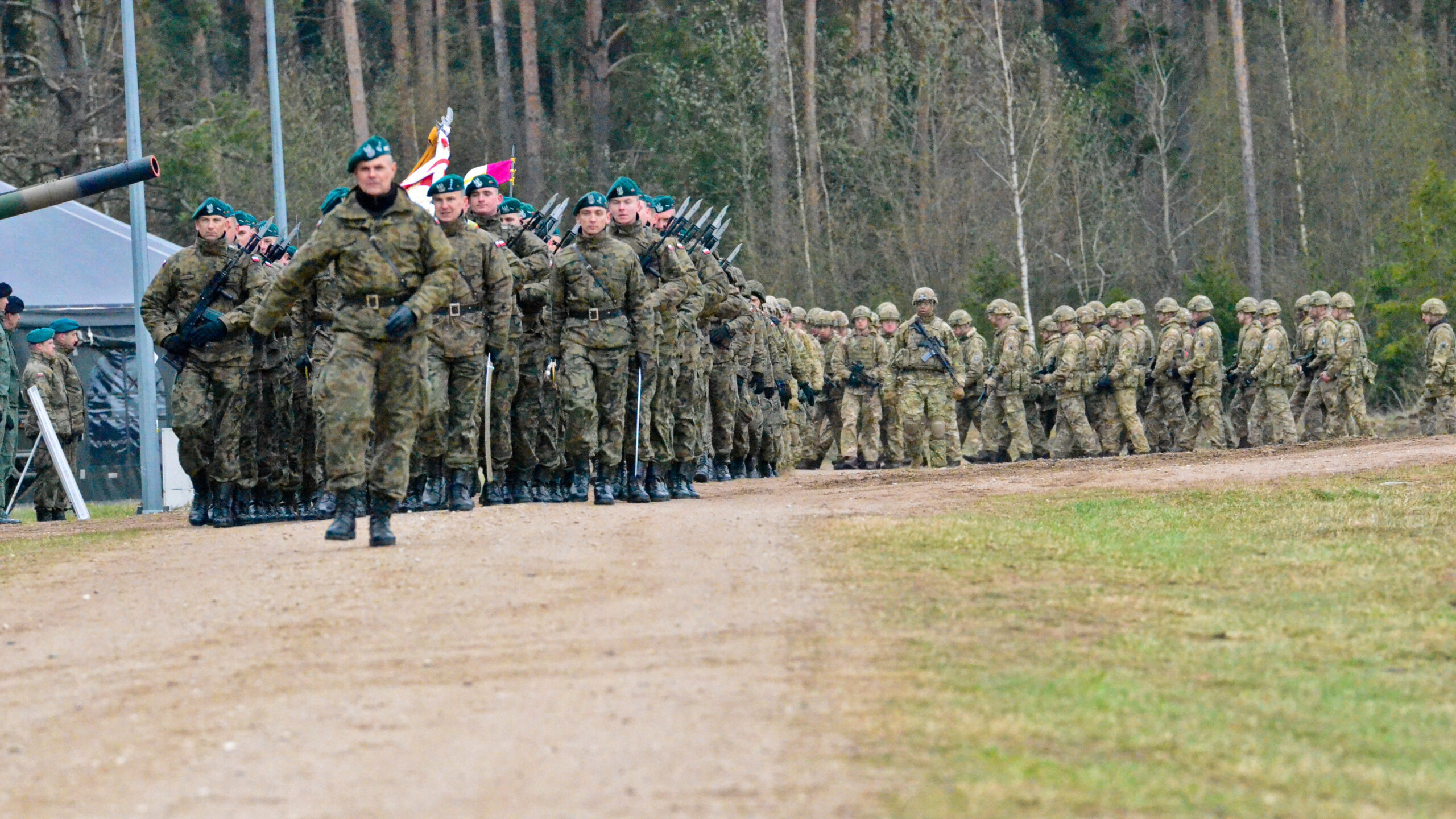 DUBLIN — The executive branch of the European Union (EU) has committed to “stepping up its contribution” to defense by making military mobility and cyber resilience cornerstones of a newly released security package.

Upon unveiling the package on Nov. 10 the European Commission said that an “action plan” had been prompted by Russia’s war in Ukraine and recent cyber attacks on strategic infrastructure.

Military mobility — a term referring to efforts to make it easier for the military of one nation to cross borders quickly to support another nation in times of peril — has been a focus for the EU and, to a lesser extent, NATO, ever since Russia’s invasion of Crimea in 2014. It has both a logistical part (making sure rail systems and roads could support the weight of tanks, for example) and a legal part, to ensure that forces aren’t being held up at border crossings due to paperwork.

The new Action Plan on Military Mobility 2.0 — as it is more formally known — runs until 2026 and includes six key measures:

These efforts “must not be blocked over bureaucracy or a lack of adapted infrastructure,” said Margrethe Vestager, Executive Vice-President of the European Commission, in a speech announcing the defense package. She vowed to digitalize “procedures” to make them more reliable and capable of accelerating military mobility issues.

Vestager was also explicit about the dramatic shift in threats faced by European defense, focusing predominately on “malicious actions in cyberspace” from state and non-state actors. “So today, there is no European defense without cyber defense,” she explained.

“That’s why… the EU cyber defense policy, steps-up our ability to protect both our military and civilian assets from cyberattacks,” Vestager  continued. “We have seen it with the Russian attack on Viasat satellites. Those satellites provide high-speed broadband to both commercial and military customers. So obviously, one can deeply affect military forces by attacking civilian infrastructure.”

The security of 5G networks will also be prioritized by the EU, with Vestager urging member states not to delay imposing restrictions on high-risk suppliers — likely a shot at China, whose efforts to bring Huawei’s 5G into Europe have been met with varying levels of resistance.

“Time lost can increase the vulnerabilities in our networks, and determined action is needed” she added.

Included in the cyber defense strategy are “new instruments” that will strengthen a “collective ability” between members states to detect and deter cyber threats. However, Vestager did not indicate what exactly these “new instruments” are or when they will be introduced.

At a broader level, she reflected on the changing face of European defense and the motivation behind approving the EC defense package.

“Our experience in addressing threats to our security, and more particularly the events of the past months, leave us with three main lessons learnt,” she said. “They serve as foundation for the package we are presenting today.”

In the first instance, “external threats” — a pointed reference to Russia’s aggression — has caused European security to become more complex, especially around infrastructure and networking. That has proved difficult to manage for the EU because of “regulatory bottlenecks” slowing reaction times and undermining security efforts.

Second of the lessons learned covers the line between military and civilian technologies becoming blurred and the EC package proposing “actions” to use civilian investments to benefit European defense.

Lastly, the EC admitted that it should be doing more to support better integration and “efficient coordination” between European Union members.