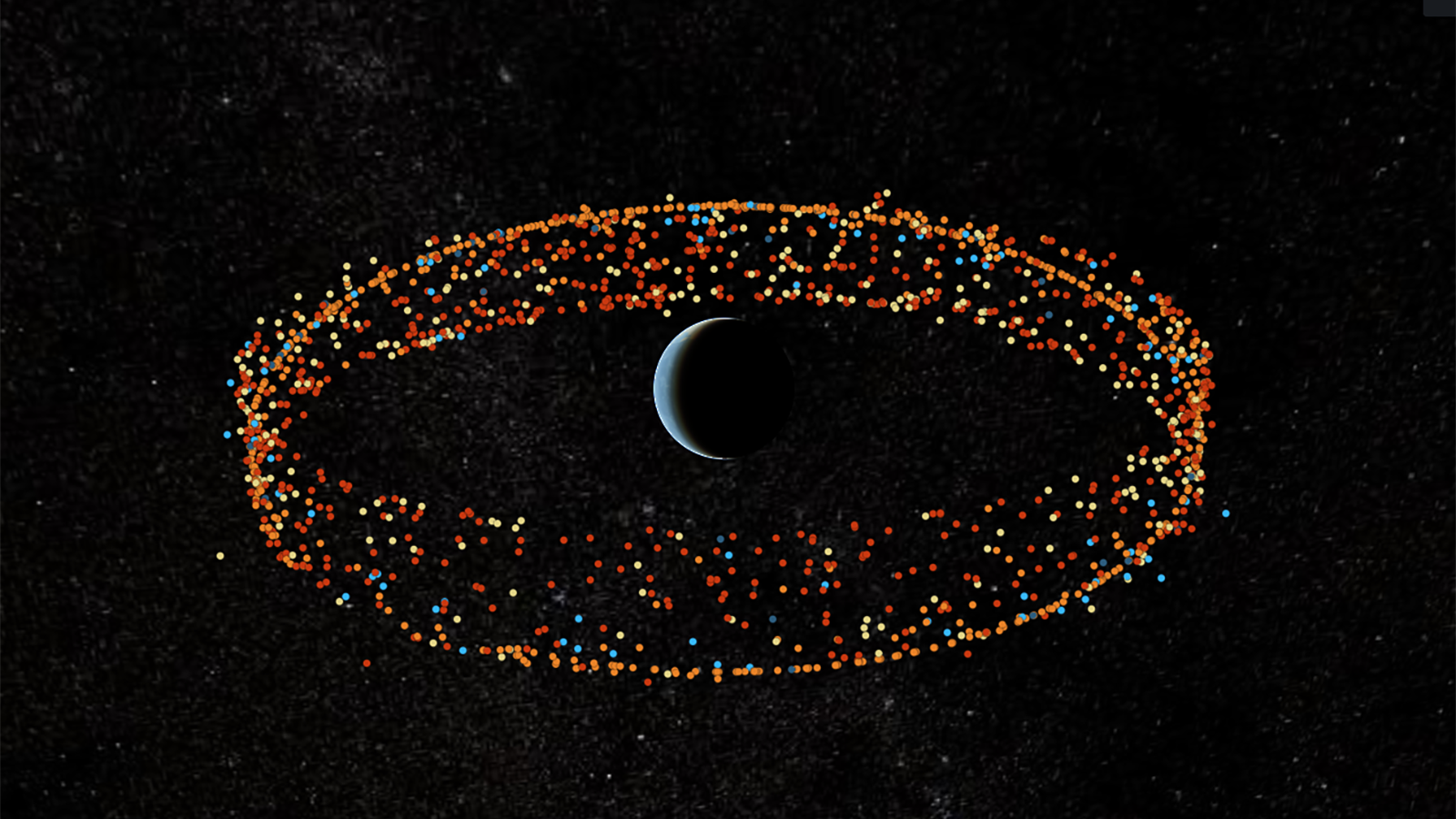 The Satellite Dashboard is an example of an open source tool to monitor close approaches of satellites and debris in space, produced by the Center for Strategic and International Security, the Secure World Foundation, and the University of Texas at Austin. (Satellite Dashboard)

WASHINGTON — A draft version of Commerce Department’s long-awaited plan for a free space traffic management service for commercial and civil space operators goes beyond the data and analysis currently provided by the Defense Department, including margins of error regarding satellite orbital paths and “more advanced” calculations of the probability of crashes.

The parameters of the “basic” space situational awareness (SSA) safety service — designed to free Space Command from the job — are detailed in a draft request for information (RFI), obtained by Breaking Defense, asking for industry input to the provisional plan. Data and analytics to be include in that service will be provided from commercial and governmental sources, the draft RFI notes.

“The Deputy Secretary asked the CEOs to provide comments on an RFI that OSC will publish this week on the proposed definition of the basic services to be provided by OSC’s SSA system,” a Commerce official said in an email today.

The industry representatives “stressed the need for [Commerce] to work quickly to field the new capabilities — ideally by buying and redistributing existing commercial products — in order to maintain leadership in the face of competing SSA offerings from the EU and China,” the official noted.

According to the draft RFI, “TraCSS will provide satellite tracking data and associated products and services to support all private and civil space satellite owner/operators (O/Os). TraCSS will ingest the various available data sources and data types for analysis to support the tracking of debris and space objects.”

The idea is for the Commerce to provide only those products “necessary to maintain the safety, stability, and sustainability of the increasingly congested and contested space environment” for free under the basic service, but to perhaps later incorporate more in-depth analysis on for a fee. That said, the RFI stresses that Commerce is keen not to set the new service up as competition to commercial SSA vendors.

The issue of potential competition came up during Tuesday’s meeting, with Graves and the CEOs discussing “in general terms about how to avoid putting the government in competition with industry as OSC fields its new SSA capabilities for commercial and civil space operators,” the Commerce official said.

“CEOs emphasized the need to foster a robust marketplace for SSA services instead of building a typical government program of record,” the official added.

Specifically, the draft plan proposes to include 14 categories of service in the free package. Among these are:

The pilot, led by the Office of Space Commerce (which falls under Commerce’s National Oceanic and Atmospheric Administration) and Space Command’s Joint Task Force-Space Defense, is now about midway through its planned lifecycle. While the first couple weeks of the pilot were plagued by “growing pains” as the participants sorted out how to use the Unified Data Library, it’s now “getting good data in,” one government official involved told Breaking Defense.

TraCSS, once up and running, would cover all orbital regimes, including the ever-more congested low Earth orbit between about 100 and 2,000 kilometers above the Earth.