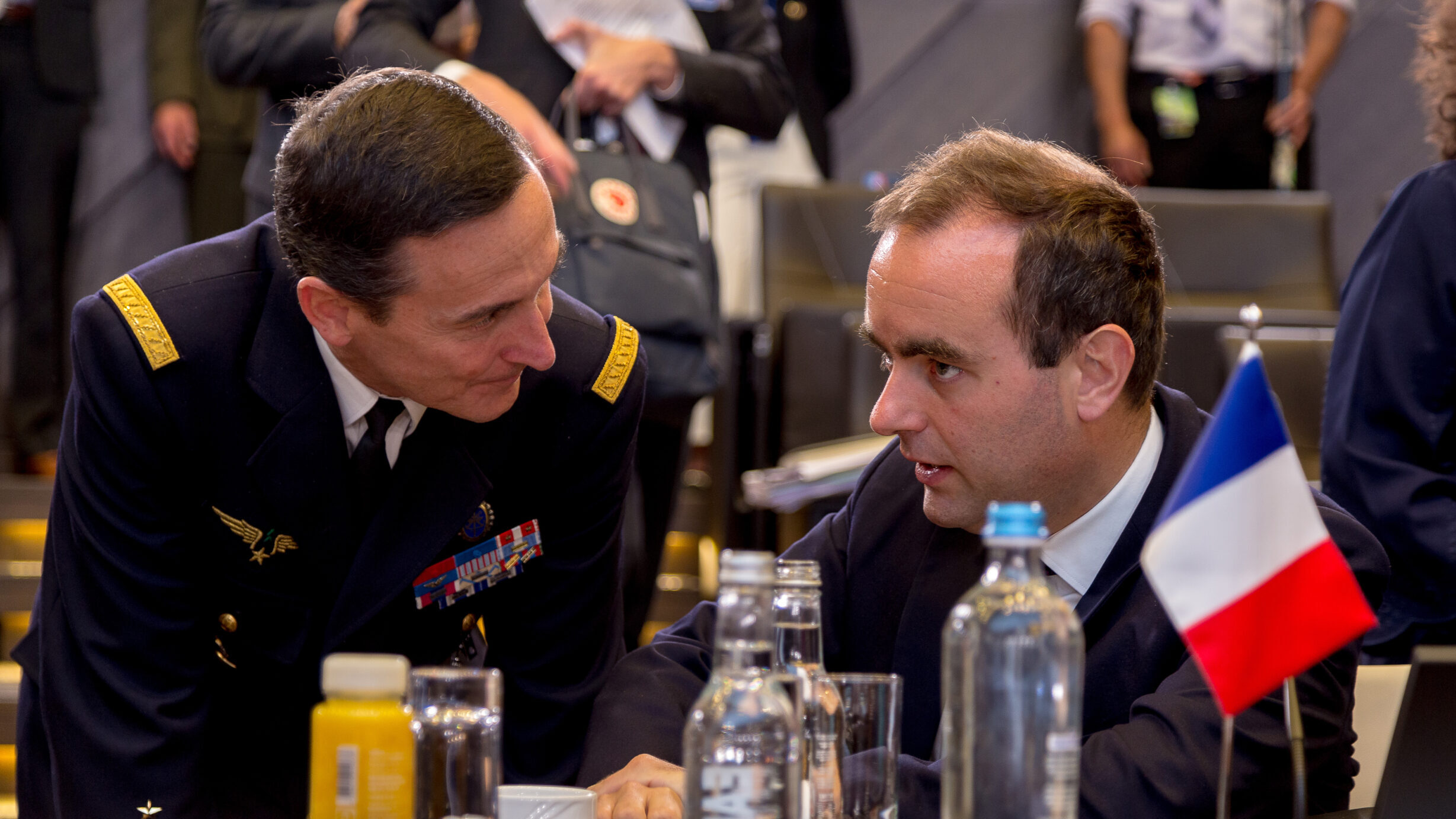 PARIS — The mammoth long-term defense budget for France “corresponds to the threat” that Paris envisions in the near-future, according to armed forces minister Sébastien Lecornu.

On Monday Lecornu voiced his support for the spending jump in a meeting with journalists here, days after French President Emmanuel Macron unveiled his proposed budget of an unprecedented €400 billion ($435 billion) for the next military program law (LPM) which runs from 2024 to 2030.

In a speech announcing the figure on Friday, Macron said the French armed forces must transform to prepare “for wars that will be more brutal, more numerous but also more ambiguous.”

RELATED: From Washington, Berlin and Paris, a sudden influx of armor bound for Ukraine

Adding the €13 billion ($14.1 billion) the Ministry for the Armed Forces can raise itself by selling property, radio frequencies and so on, that brings the total budget through the end of the decade to €413 billion ($449 billion) — €118 billion (€128 billion) or 40 percent over the 2019 to 2024 LPM. That previous budget had put the emphasis on the armed forces’ expeditionary capabilities and the fight against terrorism.

Macron made the announcement in his New Year Good Wishes speech to the armed forces at the Mont-de-Marsan air force base in southwest France on Jan. 20. Lecornu explained that work on this “loi de programmation militaire” or “LPM” would continue until the spring and that the National Assembly would debate it in May followed by the Senate in June. The objective is for the LPM to be enacted in time for the July 14 Bastille Day celebrations.

Macron described the LPM as “the ultimate strategic move, which, founded on an analysis of our strengths, our specificities, of threats and vulnerabilities, embodies the choices we will abide by for decades.”

He had asked the minister, the chiefs of staff and the DGA procurement agency to take a long, hard look not only at what they were good at and where improvements were needed, but also what is done in neighboring countries. It emerged that ground-to-air defense, protection of undersea assets and drones were weak whilst space and artificial intelligence (AI) were strong.

The armed forces were asked to be very clear about what their real needs are, with some unspecified programs possibly being paused while they do so and others, such as the A400M military transport, having their overall numbers increased.

Macron said the idea behind the LPM is simple: “Never be one war behind, don’t attempt to intellectually win the preceding conflict, but rather ensure the country is ready for the next one. We must thus be one war ahead.” Lecornu said for him, these were the two most important phrases of the speech.

The foremost of the four-point plan laid out by Macron is the nuclear deterrent. This will be strengthened “by giving ourselves all the means necessary to ensure its robustness, its reliability and its modernization… .” He put no figure on this aspect. Neither did he say how much is currently spent on intelligence capabilities, but whatever it is, it’s getting a 60 percent rise, including doubling of the budget for the DRM (military intelligence agency) and the DGSE (civilian intelligence agency).

Retired Gen. Christophe Gomart, former head of the DRM, told Breaking Defense in a telephone interview that this sharp increase in the intelligence budget was “good news and a nice surprise.” But he pointed out that over six or seven years the real value in increase of the budget would be closer to 17 percent “because of inflation and the cost of energy.”

Gomart said he thought the financial effort would concentrate on working with small companies to find artificial intelligence (AI) solutions “to help us find the needle in the haystack,” and on recruiting more data scientists. He conceded it was difficult for the armed forces to offer them competitive remuneration compared to banks or insurance companies and to retain them, “but when I was at the helm, I dangled the patriotic carrot and the fact they would be working with live data.”

Macron’s second point was that equipment needs to be available and, specifically for special forces, modernized with the help of the €2 billion earmarked for them if the armed forces are going to be ready for high intensity combat. This is also a challenge for industry as Lecornu explained that “we must reduce the cost per unit of materials.”

Macron said that the “capabilities in all layers of air defense will increase by at least 50 percent, obviously including anti-drone technologies.” Long-range strike capability, the suppression of enemy air defense and anti-submarine warfare “are all part of these priorities,” Macron said.

And in an almost throwaway phrase, the president announced that for the air force “we will move to an all-Rafale force.” But he was unclear about how that would practically be done, considering the air force currently has some 115 Mirage 2000s in its inventory.

Meanwhile for the army digitization of the battlefield will be accelerated, and for the navy frigate, protection will be increased. Macron also confirmed the new generation aircraft carrier, currently referred to as PANG for “porte-avions nouvelle generation,” will be built.

Also in the “high intensity” discussion, he mentioned development of guided missiles, doubling investments in drones and stressed investment in quantum computing in artificial intelligence.

To do so surveillance must be reinforced, he stressed, from the reaches of space to the depths of the oceans — “up to a depth of 6,000 meters for military reasons but also to protect our critical underwater infrastructures.”

Finally, his last point centered on international partnerships. He stressed that France, if necessary, should be able to act with Europeans within NATO, or outside the alliance, and, “if necessary assume command of a joint large scale operation. For us, that implies being able to deploy a joint force of up to 20,000 people,” he explained.