General Electric finishes testing adaptive engine, but will it power the F-35? 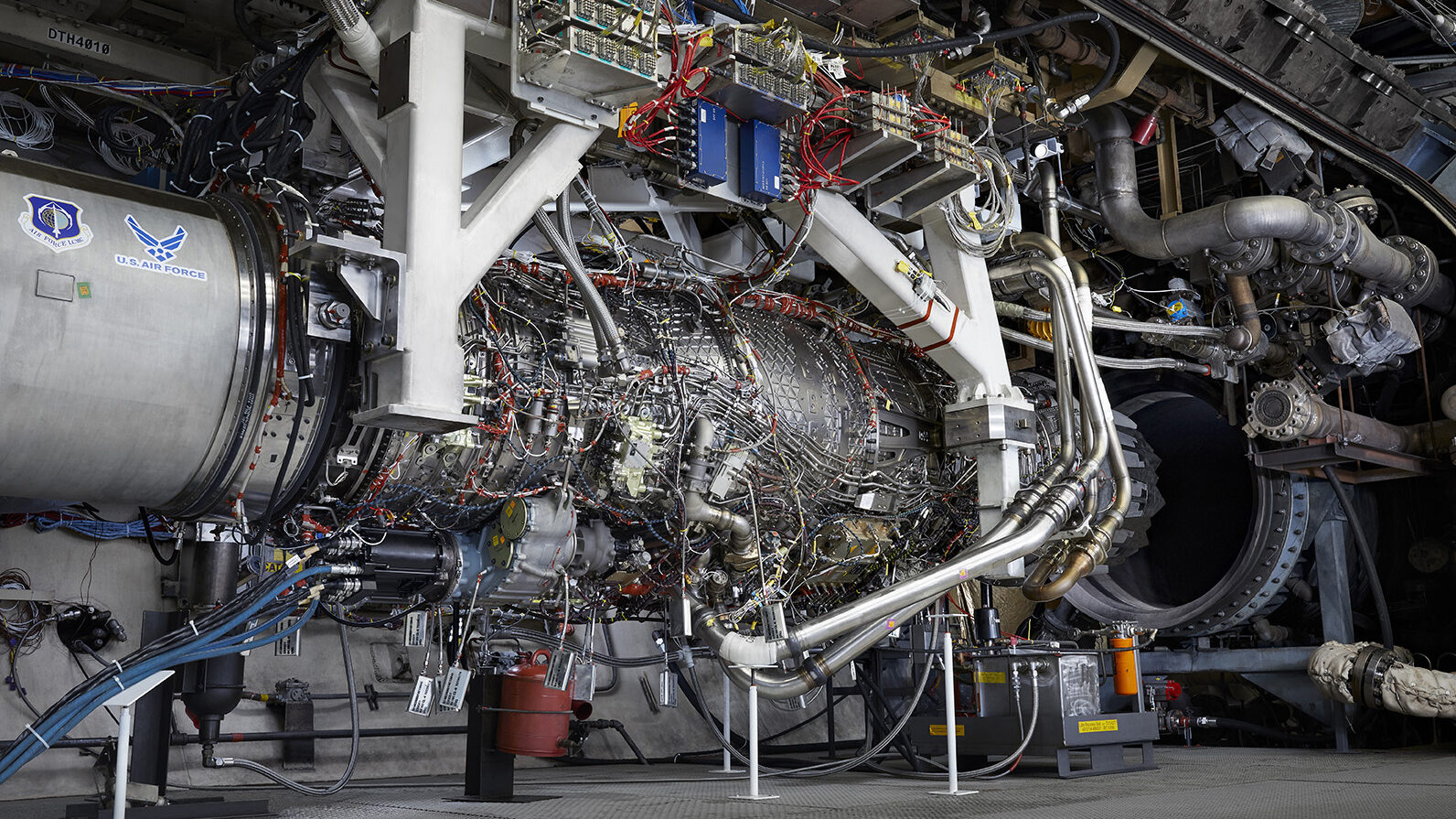 WASHINGTON — General Electric has wrapped up testing of an adaptive engine that’s in the running to replace the Pratt & Whitney F135 propulsion system that currently powers the F-35, GE announced Monday.

As the Air Force’s Adaptive Engine Transition Program (AETP) begins to come to a close, the big question is whether the service upgrades the existing engine or moves forward with a program of record for a new F-35 propulsion system, a competition that would see rivals GE and Pratt & Whitney — which is also developing its own adaptive cycle engine, the XA101 — go head-to-head.

“This is the culmination of more than a decade of methodical risk reduction and testing GE has completed with the Air Force across three different adaptive cycle engine programs,” said David Tweedie, GE vice president and general manager for advanced products. “We now stand ready to transition to an Engineering and Manufacturing Development program and bring this engine to the field with the F-35 before the end of this decade.”

GE and Pratt & Whitney both were awarded contracts for AETP development in 2016. The XA100 has completed the final contract milestone for the development effort, which involved tests at the Air Force’s Arnold Engineering Development Complex in Tennessee, GE said in a press release.

Pratt & Whitney’s XA101 is still moving through its final tests at the Arnold complex, Pratt spokesman Steven Lott said in a statement to Breaking Defense, adding that the technologies prototyped in the XA101 could find a home in future fighters beyond the F-35.

“XA101 testing remains on track and aligned with the US Air Force’s AETP development timeline,” he said. “P&W is committed to the continued maturation of the technology suite in AETP, as it is foundational for the sixth-gen capabilities needed for NGAD family of systems in the 2030s.”

As the F-35 progresses into its Block 4 modernization program, when the jet is slated to receive a slate of new software, weapons and other advanced capabilities, it will need improvements to its propulsion system in order to power the new upgrades.

Replacing the F135 with an adaptive engine could yield significant boosts to F-35 performance. Both GE and Pratt & Whitney’s engines are expected to increase the F-35’s range by at least 25 percent, increase its thrust by 10 percent and double the power management compared to the F135. However, the engines designed for AETP are optimized for the Air Force’s F-35A conventional takeoff and landing variant, and while GE has stated that its version could be used for the F-35C carrier variant, neither could power the F-35B short takeoff and landing variant used by the Marine Corps.

As it tests the XA101, Lott reiterated Pratt & Whitney’s position that rather than a competition for a new engine, an upgrade to the F-35’s existing F135 engine remains the most cost-effective route for modernizing F-35 propulsion. For that, the company has proposed an “Enhanced Engine Package” that would increase the F135’s range and thrust by 10 percent and double its thermal management capability, while shaving $40 billion off lifecycle costs.

Air Force Secretary Frank Kendall has said that the service could make a decision on whether to move AETP to the engineering and manufacturing development stage as part of the fiscal 2024 budget, stating that the service needs to either “get on with it” or stop funding adaptive engine development for the F-35.

“It’s an expensive engine. It takes a lot just to do the development, several billion dollars,” Kendall said last week at the Defense News conference. “Several billion dollars is, in rough terms, 70 F-35s. So are you prepared to have 70 less F-35s in order to have that engine?”

Last month, John Sneden, director of the Air Force’s propulsion directorate, said the military engine industrial base could face “collapse” if the service did not push AETP into a program of record. The service’s other adaptive engine program — the Next Generation Adaptive Propulsion effort, which is developing engines for sixth generation fighters like the manned aircraft at the center of the Next Generation Air Dominance program  — is set to downselect to a single engine vendor in 2024. If follow-on efforts for AETP are also canceled, that would cut either Pratt or GE out of adaptive engine development for the foreseeable future, he explained.

However, Kendall said that was an “overstatement” of the situation.

“Moving the technology forward is an important capability,” he said. “That’s one of the considerations as we sort through what to do about AETP.”