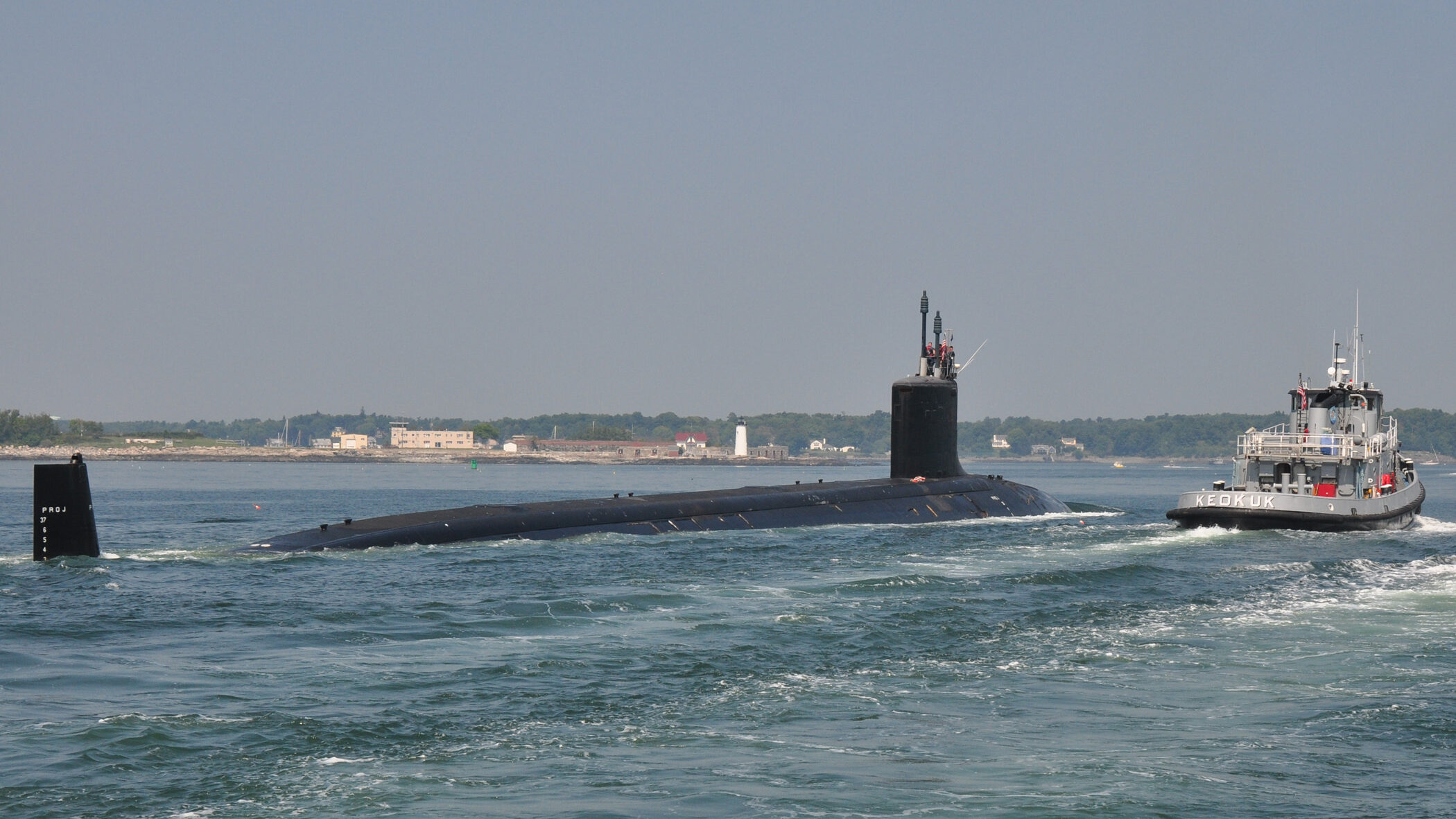 If funded, the Sea-Launched Cruise Missile-Nuclear would provide a low-yield nuclear weapon available for attack submarines like the USS Virginia, pictured here. (US Navy)

WASHINGTON: The House Armed Services Committee approved a proposal to keep development going on a low-yield nuclear cruise missile that was cancelled in the Biden administration’s fiscal 2023 budget request.

The Biden administration had hoped to stop further development of SLCM-N after completing its Nuclear Posture Review, which wrapped up earlier this year. The department has yet to publish an unclassified version of the review, but several of the Pentagon’s top brass — including Chairman of the Joint Chiefs of Staff Gen. Mark Milley and US Strategic Command head Adm. Charles Richard, among others — have raised objections to SLCM’s cancellation.

Cooper characterized his amendment as a prudent middle ground, allotting the program a small amount funding (at least by Pentagon standards), while not pouring in enough money that development of the new weapon is a foregone conclusion.

“We all know there are lots of pros and cons about actually deploying these on attack submarines,” Cooper said. However, he added, “No one can tell in an uncertain world what we will need, but it’s important to keep this option available.”

The Senate Armed Services Committee authorized $25 million to continue development of SLCM-N in its own version of the NDAA, which it passed through committee last week. Once both chambers approve their defense policy bills, HASC and SASC members will enter conference discussions, where they hammer out differences in the proposed legislation.

However, the congressional appropriations committees — which have the power to actually obligate funding to the US government — will ultimately decide whether the SLCM program is cancelled. The House Appropriations Committee, which marks up its version of the defense spending bill today, chose not to delegate funding to SLCM-N.

Military leaders such as Milley and Richard have stated that cancelling SLCM would remove options that the president should have at his or her disposal in the event of a nuclear war, with Richard in particular raising concerns that the US could face a deterrence gap without a low-yield, sea-based nuclear weapon.

“One of the takeaways, I think, from Ukraine is: There are certain scenarios that were judged to be highly improbable that have now materialized in front of us in real life,” Richard told SASC in May. “And I think that requires us to go back and reassess some of the decisions we’ve made in the past.”