How the surface fleet can meet the Chinese challenge 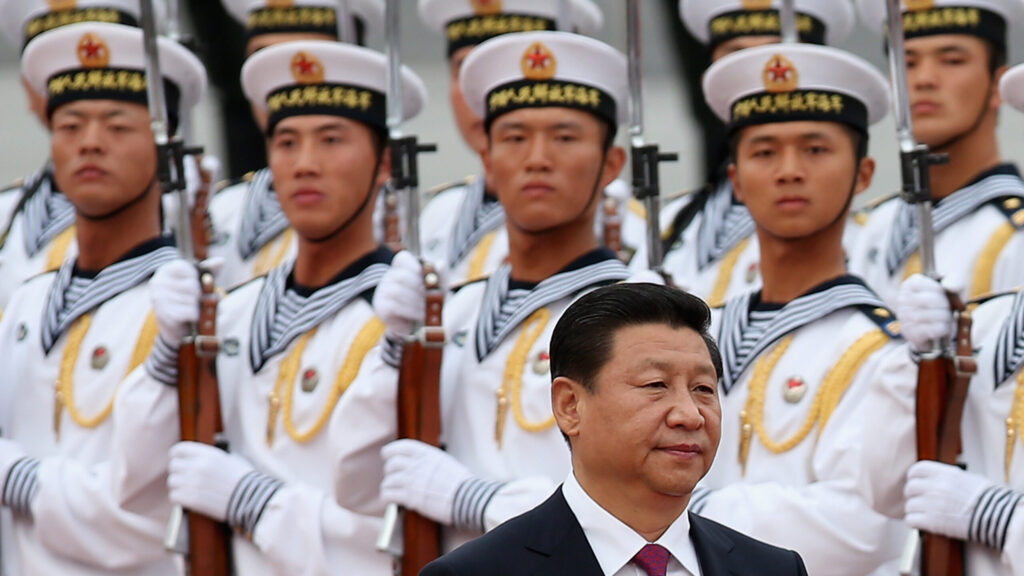 A Navy submariner turned seapower strategist, Bryan Clark has written for Breaking Defense since 2015. As Navy officers, defense officials, and industry executives convene in Washington this week for the Surface Navy Association conference, Clark says they must seize the moment to reform the surface fleet and confront the rise of China.

After 30 years focused on maritime security in peacetime and defending carriers and amphibious ships in wartime, the US Navy’s surface force is entering uncharted waters without a clear vision for the future and fielding a shrinking fleet that becomes less adaptable by the year. So as they convene this week to discuss their future, the Navy’s surface warriors must rise to the triple challenge created by China’s rise as a modern naval power, tight budgets, and the emergence of new technologies to begin reshaping the force for 21st Century warfare.

The first step is recognizing you have a problem. For the surface force, the most prominent one is improving and proliferating anti-ship missiles. No missile defense scheme stops every incoming weapon, and a single “leaker” can take a ship out of action, for a critical period if not permanently. And breaking the enemy’s kill chain from sensors to commanders to weapons is only getting harder with the explosion of commercial and military sensing platforms across every part of the electromagnetic spectrum.

RELATED: 47 Seconds From Hell: A Challenge To Navy Doctrine

One way to adapt to this new reality is by building “Death Stars” whose defenses will be more costly to defeat that the enemy is willing to spend. This path, represented by the future DDG(X) destroyer concept, may be appropriate to protect something like an aircraft carrier that can deliver significant firepower from long range. But Death Stars like DDG(X) will likely be too costly to build and operate for the wide-ranging sea control and maritime security missions the surface fleet will also need to do.

So the surface force must reimagine its approach to naval warfare for the more contested oceans of the 21st century. Missile-armed submarines, which faded as a threat when the Cold War ended, are returning with a vengeance. The US submarine fleet, now the front line of US power projection against well-armed adversaries like China, cannot simultaneously fight off enemy undersea forces. Although effective sub-hunters, P-8A Poseidons – big, unstealthy planes based on the Boeing 737 – will depend on vulnerable bases and face enemy fighters above the Western Pacific chokepoints that are their best hunting grounds.

Mines, a hardy and oft-overlooked perennial in naval warfare, also loom in the surface fleet’s future. Even surface combat, which practically disappeared as a mission during the 1990s and 2000s, is now back as Russia fields new missile frigates and corvettes while China builds the world’s largest surface force.

As the Navy retires its Ticonderoga cruisers and Littoral Combat Ships, while concentrating shipbuilding dollars on Arleigh Burke destroyers and oversized frigates, it will have too few ships that are too expensive to risk hunting submarines, clearing mines, or fighting close-range missile battles with Chinese warships. Countering these threats and controlling the seas will depend on a more diverse surface force that includes uncrewed vessels, small combatants, civilian vessels, and airborne drones alongside traditional large combatants. 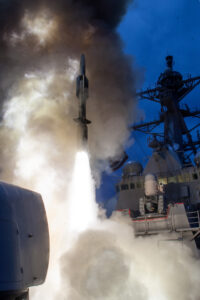 The USS John Paul Jones test-fires an SM-6 missile from a Vertical Launch System (VLS) in 2014. (US Navy photo)

For example, crewed US warships will need to continue carrying weapons and on-scene commanders, but they will require the greater reach of new missiles – such as Maritime Strike Tomahawk, SM-6, or the HALO hypersonic weapon – to avoid counterattack and disperse their operations. Finding targets for those weapons at long range, degrading enemy sensors, and suppressing undersea threats will require uncrewed vessels, which will also be essential for defending allies in highly contested areas like the Taiwan Strait.

The Navy has at hand the raw materials for this transformation, from the much-criticized Littoral Combat Ships, to medium and small uncrewed surface vessels, to a wide variety of airborne drones and loitering munitions. However, almost none of these tools is available to the surface fleet’s nascent concept development and experimentation organizations such as Surface Development Squadron One and Unmanned Surface Vessel Division One, and those they do have are not equipped with mission systems for sensing, electronic warfare, or attack operations.

The surface fleet’s experimentation arm also lacks the engineering, analysis, and programmatic experts needed to create a rapid development-operations (DevOps) cycle that translates the needs for addressing commanders’ operational problems into solutions. Without such a cycle, the surface fleet is trapped by years-long Pentagon requirements and acquisition processes and unable to exploit the opportunities presented by new technologies and the urgency of China’s rising assertiveness.

When US surface force leaders and their industry partners meet this week, they should consider how to make the most of a historic moment. Without the tyranny of the carrier deck or the challenges of undersea communications and endurance, the surface fleet has the greatest potential for rapid adaptation. Improving enemies and tighter budgets may help by making big changes easier to sell. But embracing the opportunity requires investing in the organizations and processes that enable change. Otherwise, the US surface fleet will remain in the 20th Century while its rivals pass it by.