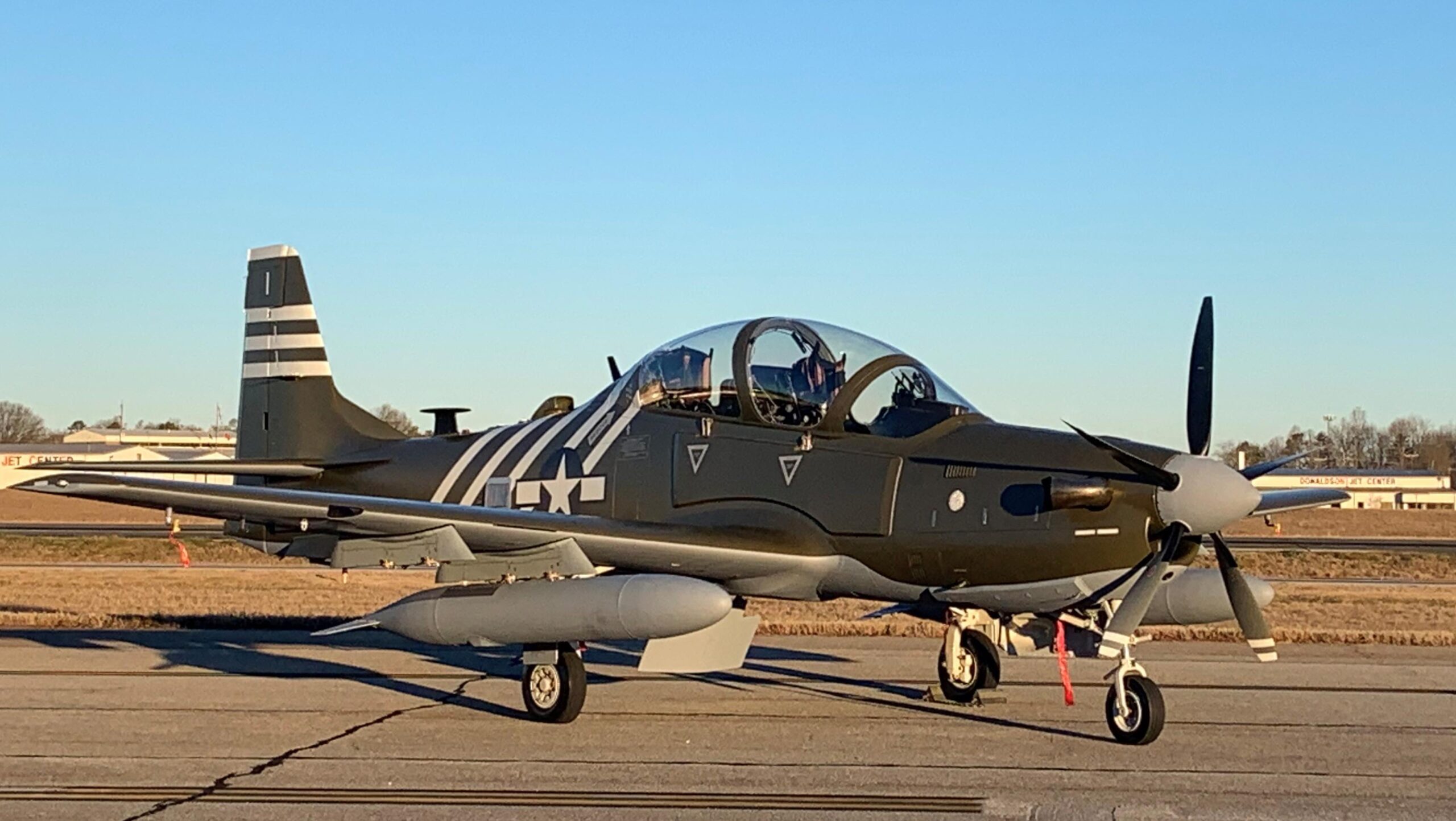 This A-29C Super Tucano is painted in the colors of the P-51 Mustang and P-47 Thunderbolt flown by Army Air Forces during World War II in China, Burma, and India. Photo courtesy of SNC.

In this Q&A with Ed Topps, senior vice president of the Strategic Aircraft Systems group for Sierra Nevada Corporation’s ISR, Aviation & Security (IAS) business area, Topps discusses: Foreign Military Sales for the A-29 Super Tucano; how SNC modifies the A-29 from Brazil’s Embraer; and the improved A-29C for Special Operations.

Prior to coming to SNC, Topps served 27 years in the U.S. Air Force and was commander of the Big Safari program, 645th Aeronautical Systems Group, Air Force Materiel Command.

Breaking Defense: What’s the history between Embraer and SNC? How did the two come together? 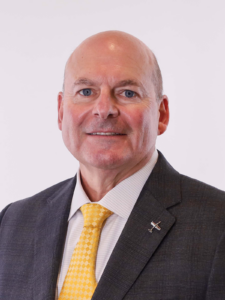 Topps: Our relationship began during the Afghanistan War. There was a U.S. Air Force competition in the 2013 timeframe for delivering light air attack capability for the Afghanistan Air Force.

For the competition, SNC and Embraer modified the turboprop A-29 Super Tucano. Embraer provided the basic aircraft, and we added new mission capability to include enhanced weapon systems, communications gear and U.S. technology. The aircraft had been flying for more than 20 years, so this was a significant upgrade to the Super Tucano program.

The Afghanistan program was very effective as it included not only modern attack aircraft but also SNC training of Afghan pilots and maintainers to execute the mission themselves. Other countries noticed the success. SNC and Embraer decided to continue the teaming arrangement to promote the airplane for other nations that perhaps couldn’t afford the latest fourth- or fifth-generation fighter aircraft but needed more capability. The turboprop delivers light attack performance but at greatly reduced costs. We’ve been successful selling the Super Tucano to Foreign Military Sales (FMS) customers worldwide ever since.

Breaking Defense: How many Super Tucanos have you delivered under the FMS program?

Topps: There were 26 aircraft delivered to Afghanistan but unfortunately 20 of those were destroyed during operations or during the withdrawal. We’ve also provided six to Lebanon. Most recently, we provided 12 to the Nigerian Air Force for the very difficult situation that the country finds itself in right now against Boko Haram. It’s also an aircraft in the U.S. Air Force inventory, the A-29C, with three at Hurlburt Field flying in support of the Combat Air Advisory mission. 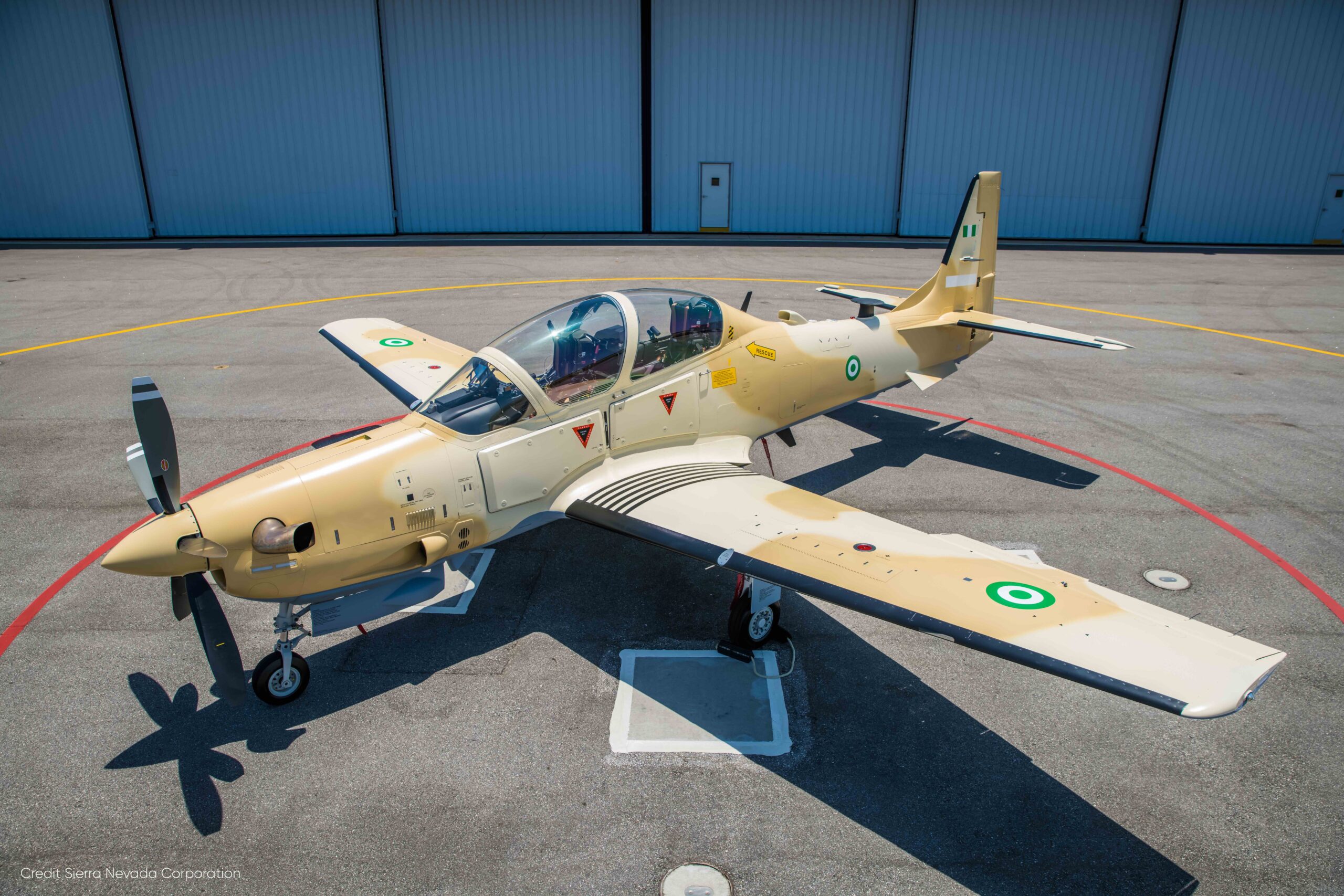 SNC’s enhanced A-29 is combat proven. Its versatility, durability and cost effectiveness has made it the go-to light attack aircraft for 16 air forces. Shown is a Nigerian A-29 in desert paint. Photo courtesy of SNC.

Breaking Defense: How does SNC modify the A-29s for FMS?

Topps: Initial production of the aircraft is done at the Embraer facility in Brazil and we complete assembly of the aircraft in Florida at the Jacksonville facility. Flight testing of the basic aircraft is also done there, after which they come to SNC’s facility in Centennial, Colorado, where we add all of the mission systems equipment, ISR equipment and communications gear.

After modifications conclude, SNC handles all final testing and ensures approvals are complete and that the U.S. Air Force signs off on the aircraft. We then deliver it to the country from our facility in Centennial.

Breaking Defense: What are the roles and missions that the aircraft executes?

Topps: The A-29 Super Tucano is a light attack aircraft for close air support, forward area surveillance and ISR, to name a few. It can also complete other missions that some countries are interested in, such as border patrol and pipeline surveillance.

Because of those missions, it needs to be able to find and fix a target and then decide whether or not it is a valid military target. That means it has the full complement of ISR systems on the aircraft to do that. Its state-of-the-art communications gear ensures teaming with other aircraft and ground forces on threats and sharing of intelligence information. The turboprop engines are very quiet at altitude, so at 20,000 feet you won’t even know the aircraft is watching you.

Besides .50 Cal machine guns, the A-29 can also be equipped with 250- and 500-pound laser-guided bombs and the AGR-20 Advanced Precision Kill Weapon System, which is a very precise rocket system that pilots can employ to reduce collateral damage and civilian casualties. There are other capabilities for gravity bombs and illumination flares. The aircraft can handle almost 3,500 pounds of weapons, so it’s a very effective, very lethal ISR and attack aircraft. The work that’s been done on the aircraft makes it the worldwide gold standard for light attack combat missions. 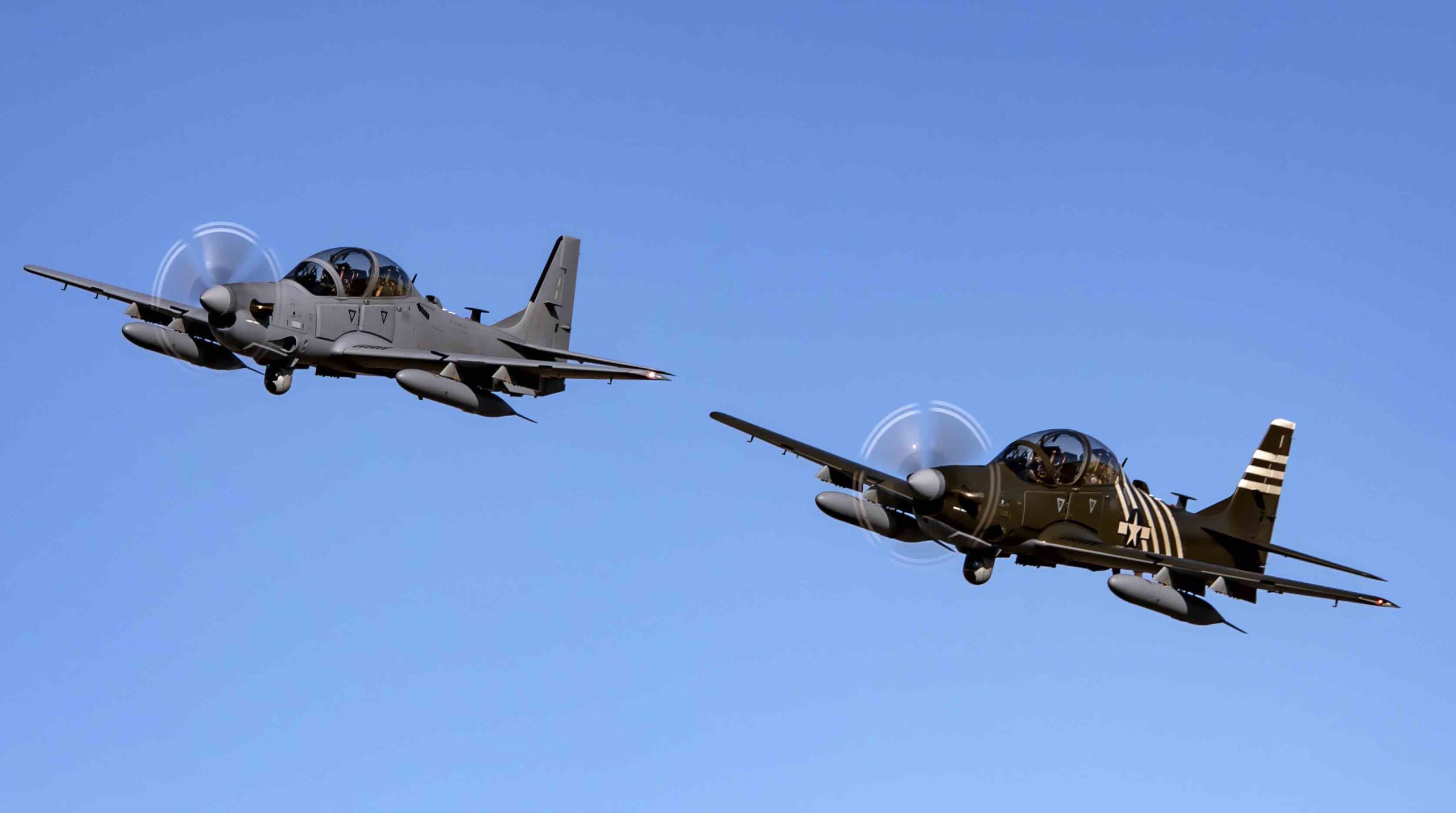 Considered the gold standard for light attack, combat and reconnaissance aircraft, the A-29 Super Tucano is built in the U.S. by SNC and its partner, Embraer Defense & Security. Photo courtesy of SNC.

Breaking Defense: Can you discuss the aircraft’s attributes such as ruggedness, mission readiness and lifecycle costs?

Topps: One of the biggest selling points for FMS customers is the low operational cost of the A-29. Our experience in Afghanistan, in Lebanon, and it’s holding true in Nigeria, is that you can operate these aircraft at about $1,500 or less per flight hour. By comparison, any fourth-generation fighter like an F-15 or F-16 costs 10 times that per flight hour. That means the cost of the aircraft is small when you look at the lifecycle over decades of operation. Properly maintained, this airplane will last for 20-25 years. Flying in this configuration, there’s been more than 500,000 flight hours put on the aircraft, including about 60,000 combat hours.

Another attribute — aside from the weapons and the low cost of operation and maintenance — is the ease of flying the aircraft. The modern avionics that SNC installs on top of the already fantastic avionics from Embraer are simple and straightforward to use, making it very stable and safe to fly as well as easy to learn.

Breaking Defense: Several newer A-29C Super Tucanos are operating as part of the Combat Aviation Advisor (CAA) mission for Air Force Special Operations Command. CAAs are air commandos responsible for the conduct of special operations activities by, with, and through foreign aviation forces. Tell me about that program.

Topps: Last year, we delivered three A-29C aircraft to the Air Force at Hurlburt Field in Florida. The C-model is significantly different from the B-model, which is the model that Afghanistan flew and is typically what we offer for FMS sales as its weapons, mission systems, communications gear and ISR systems are fully releasable.

The A-29C, conversely, is equipped with mission systems and 4th-generation cockpit technologies like touch screens that are non-releasable U.S. Air Force systems. We expect that the A-29C will receive its Military Type Certificate either later this year or early 2023.

We’ve got six pilots at Hurlburt Field who are training U.S. pilots on that aircraft so that they will then, in turn, train our allied pilots to be able to operate the Super Tucano as part of their Combat Aviation Advisor mission.

We expect that once this training mission is in place, the U.S. Air Force will then start rotating foreign-nation pilots through the program.

Breaking Defense: What specific capabilities does SNC bring to the program to make it a success?

Topps: Our foreign partners who have or are presently operating the A-29 — starting with Afghanistan, Lebanon and Nigeria — are flying the aircraft every day to counter terrorism. What SNC does to make this program a success with our partner Embraer is to take a very good, very solid attack platform and make it even better.

As mission systems integrator, SNC is able to bring U.S. technology and weaponry to bear and integrate it on the A-29 platform, making it even more powerful, more lethal and more able to find and employ weapons against the most dangerous targets. The aircraft is much more effective because of the new systems that we put on it.

The other half of it is our support. SNC is with these countries as long as they’ll have us supporting them — whether it’s for training of their pilots, training of maintainers or sustaining operational aircraft. We did that for Afghanistan to certify their pilots for the missions I described earlier and we are continuing to do that for Nigeria in-country right now as their pilots finish up training to operate precision-guided weapons that are new to the Nigerian Air Force.

SNC has also done a good job of making the airplane capable of being upgraded easily. As technology changes, we are able to put more modern, accurate and lethal systems on the airplane for these countries. We will be there to modify them and change the airplanes as a country’s needs change.

SNC establishes a relationship with our FMS customers and we ensure that they are successful. That’s from tooth to tail; from the beginning until they decide they no longer want us, need us or no longer intend to fly the Super Tucano. That’s what makes SNC different from a lot of other defense contractors. We don’t just sell the airplane and then walk away. We are there to make sure the countries operating the Super Tucano are successful.