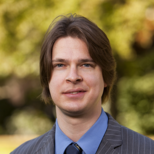 A common interpretation of the “Great Awokening” is that for the radical Left, identity politics has replaced economics. The story, popular among “anti-woke” culture warriors, goes something like this:

Once upon a time, people on the Left cared about raising the material living standards of working-class people. They may have chosen the wrong means to achieve that end, namely, industry nationalisations, state-directed investment, price-fixing, money-printing and trade union militancy. But however much we may disagree with their favoured policies, surely, we can at least sympathise with their aims.

Yet at some point, according to this interpretation, the Left got bored with economics. They lost interest in trying to raise the material living standards of working-class people, and decided to lecture, berate and “wokescold” them instead. “What was that – you want higher wages? Job security? Paid holidays? Sick pay? Sorry, that’s not my department anymore – but here’s a Black Lives Matter pin button and a pronoun badge. I’ll also book you in for an Unconscious Bias Training class, and a lecture on White Fragility.”

I can see why this interpretation has taken hold: it enables people to criticise the excesses of “wokery” without coming across as rabid right-wingers: “Oh no, I’m not anti-left – I actually admire the Old Left! You know, the Left from back in the day, when they still cared about the working class, rather than “taking the knee”, “decolonising the curriculum” and all that woke nonsense!”

But to see wokery as a substitute for economics is a profound misdiagnosis. For its proponents, it is nothing of the sort. On the contrary: woke progressivism blends in very nicely with a particular brand of left-wing economics.

To see why, we first need to clarify what we mean when we say that somebody is “interested in economics”. “Economics”, in this context, can refer to at least three different things:

Organisations like the Institute for Fiscal Studies and the Resolution Foundation focus on the first of these three layers. Publications like the Guardian, the New Statesman or the Economist mostly do too, but they also regularly combine this with longer think pieces on the second layer, and occasionally the third one as well. The IEA covers all three layers, with differences in timing and format. On the day of a Budget or an Autumn Statement, we would probably not want to restart Ludwig von Mises’s “Socialist Calculation Debate”. But we also publish educational content where we completely ignore contemporary politics, and focus on things which will still be just as relevant in 10, 20 or 30 years’ time.

Woke progressives usually show little interest in “economics” if, by that, we mean the first layer, or even the second one. You would not expect a press release from Black Lives Matter commenting on changes to the personal allowance, or the top rate of income tax.

However, if you use “economics” only in the sense of “day-to-day economic policy decisions”, you would also have to conclude that people like Noam Chomsky are “not interested on economics”. Which would be absurd, because he very obviously is – just at a much higher and more abstract level.

The same is true of woke progressives. Read any longer article with a typical woke buzzword – “white fragility”, “white privilege”, “microaggression”, “systemic racism”, “cultural appropriation”, “intersectionality”, “toxic masculinity” etc – in the title, and I guarantee you that the word “capitalism” will sooner or later also make an appearance. (I’m tempted to call this “Niemietz’s Law”, in allusion to Godwin’s law, but if I did, it would almost certainly turn out that dozens of people have already made this point before me.)

When the word “capitalism” pops up, it will, of course, not be used in a merely descriptive way (let alone a positive one). Rather, capitalism is always portrayed as intimately linked with whatever “structural oppression” the authors claim to have identified. That’s “economics”, in the broadest sense. It’s not the kind of economics you would need if you wanted to apply for a job at the Bank of England or the Office for Budget Responsibility, and it’s certainly not good economics. But if you define your political identity by your opposition to an economic system, you are clearly not indifferent to economics, or an agnostic on economic issues.

Identity politics has not “replaced” the traditional Marxist focus on social class. It neatly complements it. In the woke view of the world, the capitalist ruling class deliberately creates divisions among the working class, along ethnic, religious, gender and other lines, because a divided working class will not revolt. From this perspective, “wokery” is not a substitute for class struggle, but an indispensable element of it. Woke progressives do not see themselves as engaged in a dozen unrelated struggles against racism, transphobia, Islamophobia, misogyny, homophobia etc. They believe that they are engaged in one single struggle against all of those, in which capitalism is the final enemy.

We can (and should) laugh at this as the obvious nonsense that it is. But we should nonetheless take woke progressives by their own word when they tell us what they believe. Wokery is joined at the hip with anti-capitalism. If you want to oppose it effectively, you have to fight the Culture War on the woke progressives’ own terms – and that means coupling anti-wokery with a robust defence of capitalism.

Dr Kristian Niemietz is the IEA's Head of Political Economy. Kristian studied Economics at the Humboldt Universität zu Berlin and the Universidad de Salamanca, graduating in 2007 as Diplom-Volkswirt (≈MSc in Economics). During his studies, he interned at the Central Bank of Bolivia (2004), the National Statistics Office of Paraguay (2005), and at the IEA (2006). He also studied Political Economy at King's College London, graduating in 2013 with a PhD. Kristian previously worked as a Research Fellow at the Berlin-based Institute for Free Enterprise (IUF), and taught Economics at King's College London. He is the author of the books "Socialism: The Failed Idea That Never Dies" (2019), "Universal Healthcare Without The NHS" (2016), "Redefining The Poverty Debate" (2012) and "A New Understanding of Poverty" (2011).

The post On woke anti-capitalism appeared first on Institute of Economic Affairs.