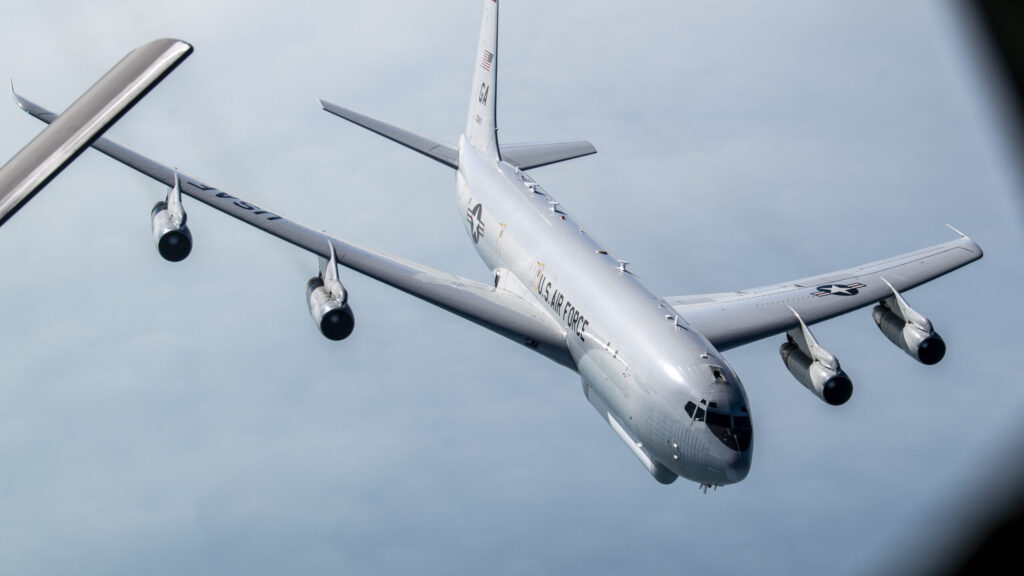 “That’s a force design work that we’ve been doing over the last year,” Raymond told reporters here at the Air Force Association’s annual conference. “You know the Air Force has had a JSTARS aircraft and was looking for a multi-domain solution for that. We have just completed the AoA on that work to determine how best to do that from a multi-domain perspective. And we’re in the process now of out-briefing those results to help inform inform budgets going forward.”

The analysis focused on the space-based GMTI sensor and was completed by the Space Force’s Space Warfighting Analysis Center (SWAC) as part of its over-arching mission to design the service’s future force structure. GMTI radars use a pulsing technique to discriminate moving targets, such as enemy tanks and mobile missile launchers, from stationary objects and clock their velocities based on their Doppler shift.

Raymond last May revealed that the Space Force had a classified effort underway to develop at space-based GMTI — sparking concerns within Congress about the potential for duplication with other service efforts and those of the National Reconnaissance Office. The NRO is currently responsible for providing intelligence, surveillance and reconnaissance (ISR) data from space, via both its own and commercial remote sensing satellites.

That said, the Joint Requirements Oversight Council last year tapped the Space Force as the lead service for coordinating joint space requirements, and ISR from space has been one of the service’s first efforts to that end, Raymond explained. The Space Force is “working with all the other services and combat commanders to determine what are their requirements for ISR that we can then work with our partners in the Intelligence Community to figure out how best to satisfy those requirements,” he said.

Space Force and Department of the Air Force leaders have made clear that they see a role for the newest service in proving what they call “tactical ISR” from space to commanders on the battlefield, while leaving the mission of acquiring “strategic ISR” to the NRO for dissemination through its IC partners at the National Geospatial-Intelligence Agency. But just where tactical ISR ends and strategic ISR begins remains an open question — indeed, senior spy agency officials have questioned the actual validity of that distinction.

Asked by Breaking Defense about whether there is an agreed definition of those terms, Raymond said that the issue is still under discussion.

“What we’re now exploring with the Intelligence Community is the question that you just asked on the ISR front. Traditionally, that has been an NRO model or business area, and we’ve done other things like GPS and missile warning — and we are working very closely with them. One, we don’t want to duplicate capabilities. We don’t want to waste dollars,” he said.

At the same time, he added, “We want to move at speed.”