The Wealth Tax Is a Poor Idea

Now that the Republicans have taken control of the House of Representatives, it has become crystal clear that there will be no federal wealth tax on high-net-worth individuals for at least the next two years. Unfortunately, as with so many bad policy proposals, the push for a wealth tax has instead generated renewed interest in blue states. California, Connecticut, Hawaii, Illinois, Maryland, New York, and Washington are considering introducing their own wealth taxes. Through joint effort, they hope to make it more difficult for wealthy individuals to flee high-tax states for more favorable jurisdictions. This strategy represents wishful thinking at its finest. If this quixotic endeavor should become law, it will only hasten the exodus of wealthy individuals from blue California and New York to red Florida and Texas.

Today’s aggressive progressives hope to stall that movement by imposing an exit tax on these would-be exiles. These efforts should evoke oppressive regimes like East Germany, which erected the Berlin Wall to keep malcontents at home. It will surely face a fierce constitutional attack, as our Constitution has long been understood to have created a nationwide free-trade zone. In the United States, goods, services—and individuals—can move easily across state lines to promote economic development and growth. An exit tax imposes an explicit barrier on that project and is likely to be struck down as an impermissible burden on interstate commerce, as it is a direct descendant of the taxes and regulations that Chief Justice John Marshall struck down in such notable cases as Gibbons v. Ogden (1824) and Brown v. Maryland (1827).

Ironically, the rosy revenue projections that wealth-tax supporters such as Emmanuel Saez and Gabriel Zucman made in 2021 for its revenue potential—starting in 2023—are now hopelessly out of date. Two years ago, at the height of the pandemic, billionaires accumulated capital at near-record rates. Now, potential gains from a wealth tax have fallen because of the enormous declines in wealth (toward greater income equality!) experienced by virtually all newly minted tech moguls. Elon Musk leads the pack, with capital losses of $115 billion in 2022 alone. He has good company in Jeff Bezos ($80 billion); Mark Zuckerberg ($78 billion); and Larry Page ($40 billion). In sum, the American billionaires lost $660 billion this past year, about one-third of the $2 trillion in losses worldwide. Nothing guarantees that they will recover those losses any time soon, if ever. Considering a hypothetical 3 percent wealth tax rate, close to $20 billion in domestic wealth-tax revenue disappeared in 2022; this number would be far higher if the wealth tax also reached foreigners.

Pass the tax and those losses will only get larger. Killing the goose that lays a golden egg is to be expected in any system that stresses redistribution first and growth second.

It should not, however, require this large a dose of reality to warn progressive states off yet another institutional blunder. The effort to impose a wealth tax runs afoul of the fundamental principles of taxation put in place throughout the course of the income tax era, which now spans more than a hundred years. The economic, or Haig-Simons, definition of income—the increase in net worth plus individual consumption—does not work when applied to any real-world tax system that must collect taxes from millions of people in a quick and efficient fashion. Instead, the standard way to tax wealth starts with the notion that the receipt of certain elements of wealth is taxable as income. In principle, that covers earned income and the realized gain from the sale or other disposition of property. However, it is widely known that certain kinds of benefit are so difficult to value that it is better not to recognize that gain upon receipt, so the tax is postponed until some later time when the taxpayer receives either cash or marketable securities.

For instance, receiving a partnership in a business may vastly improve your financial prospects, but it doesn’t result in the taxation of that anticipated stream of income today. Instead, each year the tax is imposed as the owner takes money out of the entity as profit distributions. Similar logic applies to stock received in corporate reorganizations like mergers, spinoffs, and recapitalizations. By design, the law does not force taxpayers to calculate difficult asset values or dispose of some illiquid asset to pay the tax.

The wealth tax stands in sharp contrast to this long-standing practice. Generally, rich people have diverse holdings because they have the resources to cultivate them. Many such assets, like artwork or fractional interests in a family corporation, are nearly impossible to value, impossible to sell, or both. The nonrecognition rules thus keep them out of the tax system. Today, however, we have an estate tax that requires individuals to include in their gross estate all of these difficult-to-value items, which often makes it impossible to settle a tax dispute on large estates in less than several years. Think of the wealth tax as if it were an estate tax imposed on an annual basis, but with the added logistical headache of being impossible to calculate in year two until the tax liability for year one has been established, and that establishing the tax for year one may take multiple years. These administrative burdens pile up in individual cases, and they become larger the wider the net is extended around the asset base.

At this point, the acute tradeoff becomes clear: the only reliable asset class for wealth-taxation purposes is publicly traded stocks and bonds, which of course can decline rapidly in value after the tax is imposed, but also before it is collected. (Think of the position of Elon Musk and others in the class of 2022.) Necessarily, that type of tax will miss the portion of their wealth that they hold in unlisted and illiquid assets, and thus will not satisfy progressives for whom depriving the rich of wealth is every bit as important as providing additional income to the poor.  National wealth taxes face this difficulty, which poses an even greater challenge for a state wealth tax, with its more limited territorial reach.

The revenue collected will fall short of expectations. Worse, the tax will damage the economy. Today’s ablest entrepreneurs will be forced to devote their time to defending their fortunes against the predation by the one or more states that lay claim to their wealth. Wealth creation and income from other sources will both fall as administrative expenses and high-stakes litigation rise. An overall decline in social wealth will likely lead to a reduction of investment and wages and consequently to a lower standard of living and a loss of tax revenues from other sources.

Wealth taxes less ambitious than the current crop have uniformly failed. Defenders of the tax like Elizabeth Warren and Bernie Sanders have long claimed that it will not touch ordinary people. But indirect effects matter as much as formal tax liability, and these will touch everyone in society.

The cumulative objections to the wealth tax may lead some of its defenders to offer in its place a more modest change: the removal of the realization requirement for the annual income tax. Asset-price volatility makes this system just as impractical as a wealth tax. In 2022, the stock market tumbled about 9 percent on the Dow, 20 percent on the S&P, and 33 percent on the tech-dominated Nasdaq index. A huge string of unrealized losses—obviously, unpredictable—will now be deductible, leading to large swings in total revenue collections.

One single impulse—to narrow the gap between the rich and the poor—drives these concerted efforts to wring more out of the taxation system, if only from a much-reduced wealth base. But even if the markets were to turn around, the fatal flaw in these onerous taxation programs persists in their initial premise: that closing the wealth gap between rich and poor matters more than increasing overall wealth.

Consider two changes in wealth in a two-person society: one person who starts with $10 and another who starts with $20. In one scenario, the wealth of both double to $20 and $40, respectively. Classical liberals would see an unambiguous social improvement. Equalitarians might ask whether the increased wealth differential should lead us to reject this new state of affairs where both are better off. In a second scenario, the wealth of each person falls to $5. Should an egalitarian prefer this newfound parity because it eliminates the wealth gap even though it makes both sides worse off?

One who perversely prefers the second scenario to the first shows how far modern tax theory has departed from its classical origins. In the classical liberal ideal, a flat tax to fund public improvements allows for complex changes that are intended to create public benefits that cannot be obtained via market transactions, while avoiding senseless partisan conflict over the wealth tax and its close substitutes. The system is both stable and pro-growth. It works far better than today’s never-ending set of progressive tax gimmicks.

Richard A. Epstein Off Tue, 01/24/2023 - 11:39Defining Ideas The Libertarian Blank Issue (Placeholder Only)
1
1
Off On 1 1 Off Off Main Research Feed Off Articles Blank Section (Placeholder) Off 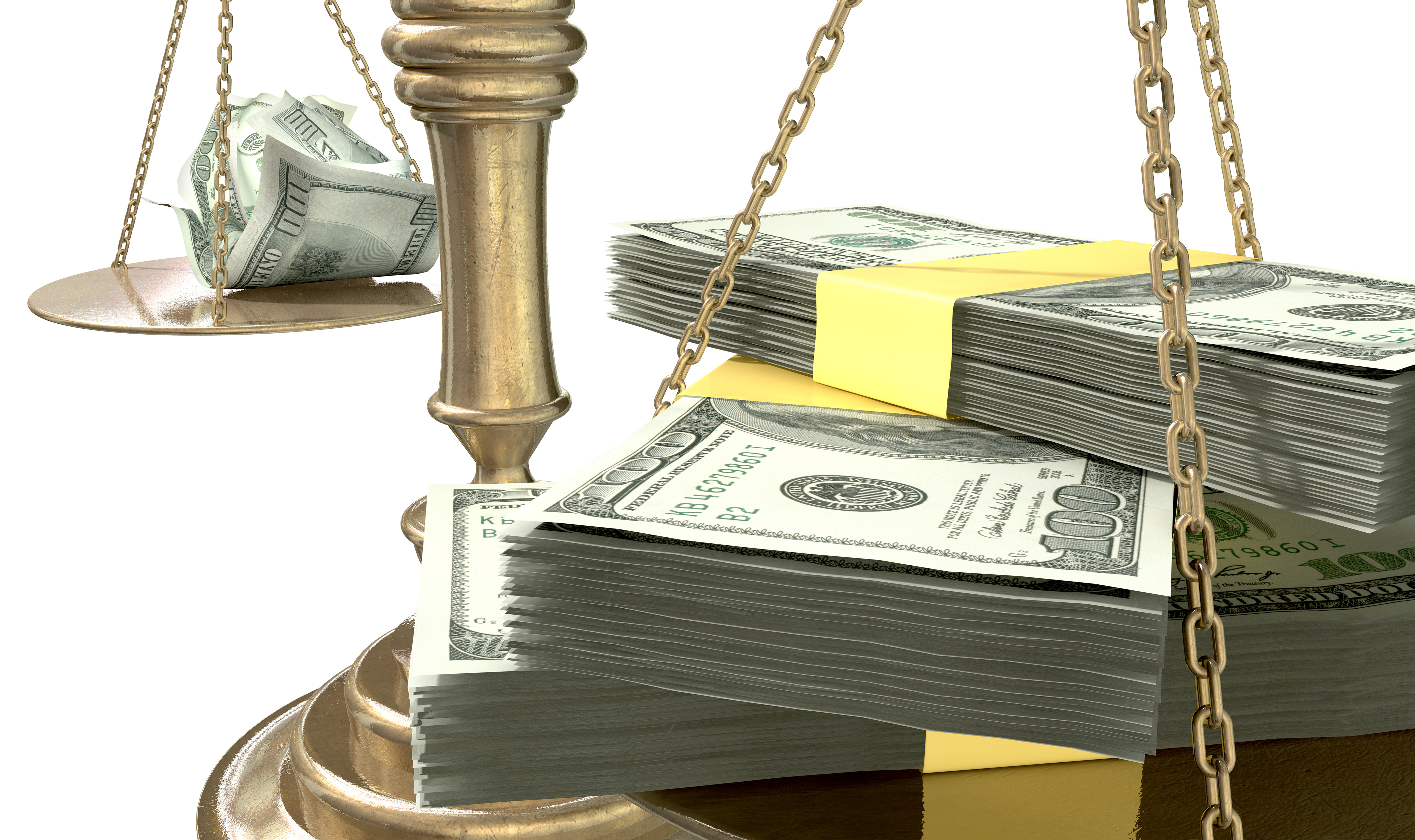