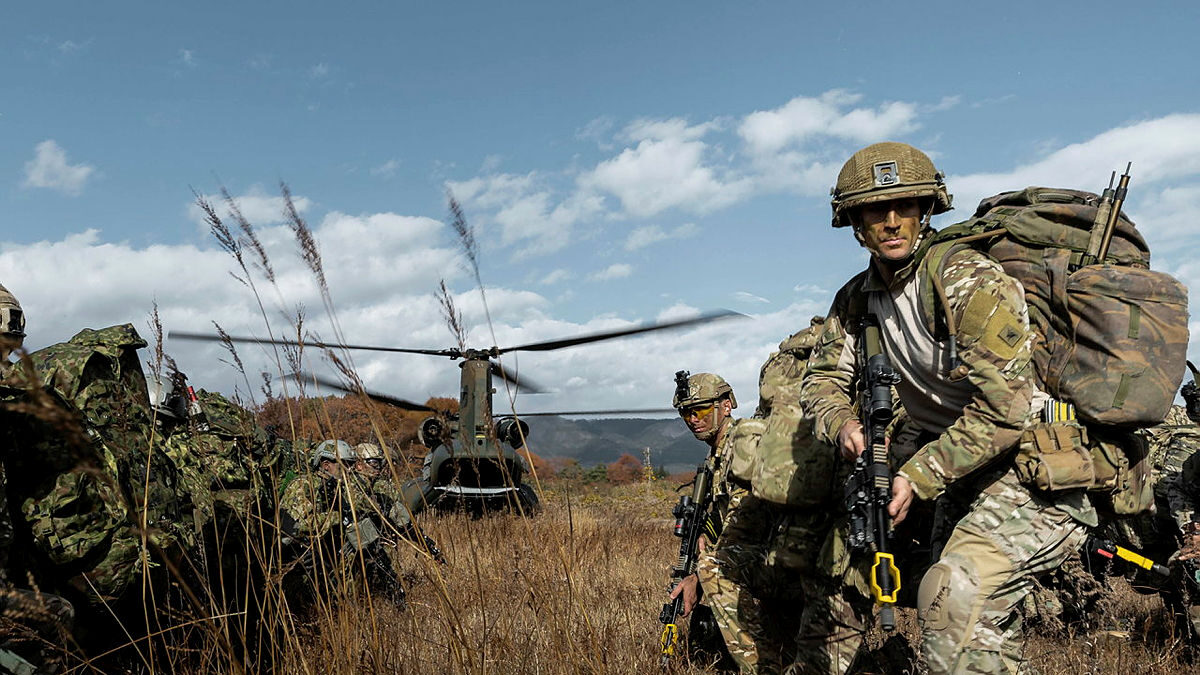 BELFAST — The prime ministers of the United Kingdom and Japan today signed a historic defense agreement at the Tower of London detailing an “unwavering commitment” to the security of the Indo-Pacific, as the two partner nations look to face down Chinese threats across the region.

The Reciprocal Access Agreement (RAA) means London and Tokyo are in a position to “plan and deliver larger scale, more complex military exercises and deployments,” focused on the Indo-Pacific, according to the UK government, while also “rapidly” accelerating defense and security co-operation.

The UK’s integrated defense review, published in March 2022, signposted a strategic pivot to the Indo-Pacific, while an AUKUS trilateral alignment sees the nation tied to ambitious submarine program planning aimed primarily at elevating deterrence in the South China Sea.

At the same time, Japan plans on doubling defense spending over the next five years to 43 trillion yen ($314 billion) as part of a greater effort to counter China. Other commitments to develop a more formidable military include the procurement of long-range cruise missiles.

The new agreement with the UK allows British armed forces to deploy to Japan, but despite the welcome opportunity such an approach provides in strengthening operational ambitions, London has been criticized for not securing an immunity clause within the RAA that would apply to UK troops found guilty of a capital crime, and which carries the death penalty in Japan. British negotiators attempted but ultimately failed to have Tokyo agree to such a concession, reported The Times newspaper.

The RAA was originally agreed in principle in May, but individual treaties will be put before British and Japanese lawmakers “in the coming weeks,” added the UK government.

The UK and Japan are already heavily invested in the newly formed Global Combat Air Programme (GCAP) designed to develop a next generation fighter with Italy. Launched in December 2022, GCAP merged the UK’s Tempest/Future Combat Air System effort with Japan’s F-X next-generation fighter program. A first flight of the new aircraft is expected in 2035.

“All three agreements reinforce the UK’s unwavering commitment to ensuring the security and stability of the Indo-Pacific, and exemplify the depth of friendship between the UK and Japan,” said the UK government.

Alongside the RAA, UK Prime Minister Rishi Sunak and Japanese Prime Minister Fumio Kishida also discussed how international support from G7 partners can be used to advance Ukrainian operations against Russia and help to “secure a lasting peace.”

On that front, the UK Ministry of Defence is currently considering sending British Army Challenger 2 main battle tanks to Ukraine, as other European nations similarly debate whether to approve the transfer of Leopard 2 platforms, according to Sky News. Final decisions are expected to be taken when Western nations meet at the next Ukraine Defense Contact Group session on Jan 20.

At around the same time, the US is reportedly considering the supply of Stryker armored combat vehicles to Kyiv that are expected to be included in a new military aid package.

Meanwhile, US President Joe Biden is scheduled to meet with Kishida on Friday, after top Japanese foreign and defense officials meet their US counterparts today.