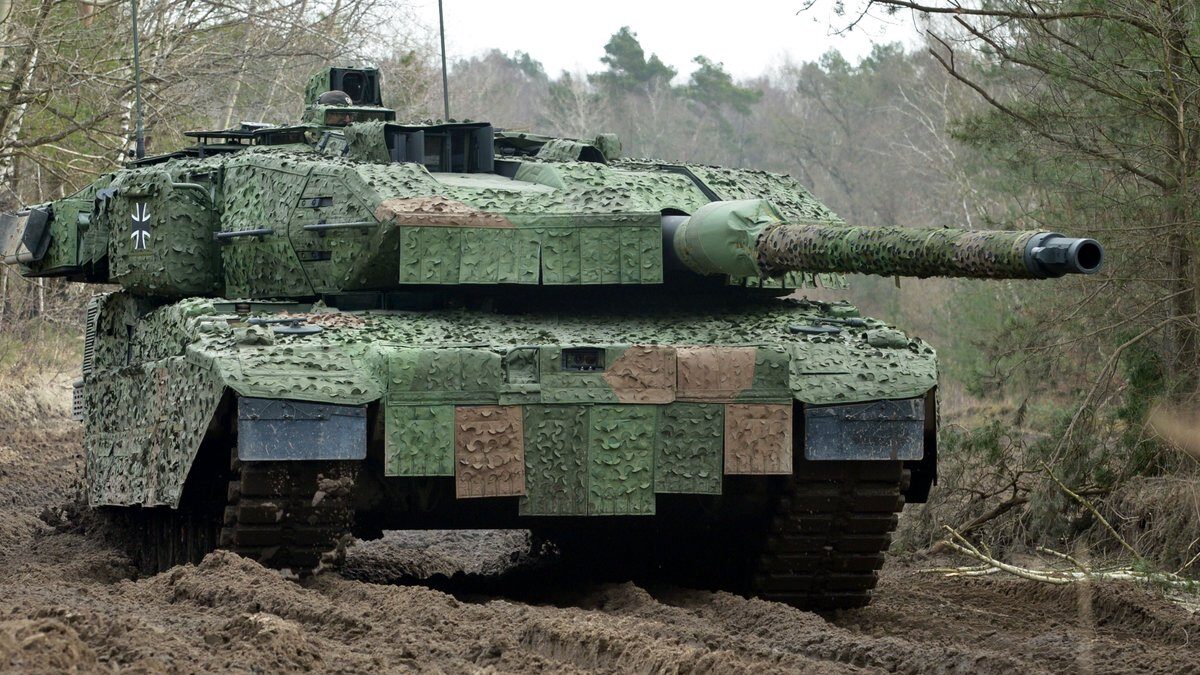 BELFAST — Germany suggested today that it’s not the only one holding up the delivery of some main battle tanks to Ukraine, despite pleas from Ukrainian President Volodymyr Zelensky, as a long-awaited session of the Ukraine Defense Contact Group at Ramstein Air Force Base closed out a week of generous arms pledges from Western partners, but no Leopard 2s.

New German Defense Minister Boris Pistorius said after the event that no consensus decision had been made supplying the tanks to Ukraine.

“The impression that there is a united coalition, and that only Germany stands in the way, is wrong,” he added, a bold claim that suggests a degree of dissent and hesitation among Western defense officials and an indication negotiations are more complex than have been previously reported.

“There are many allies who say they share the view I outlined today, there are good reasons for delivery and good reasons against,” said Pistorius. “Nobody here can say when a decision will be reached.”

It was not immediately clear to which countries Pistorius was referring, and outside of his latest remarks, opposition across Europe to the vehicles being supplied to Ukraine has been non-existent, at least publicly.

The Defense Contact Group, which played host to around 50 international delegations, defense ministers and other high-ranking government and military officials, was seen as a key moment for Germany to finally end its Leopard 2 opposition and send the highly capable Western tanks to Kyiv, at a time when the need for them to be moved urgently to the Ukrainian frontline has been at the forefront of strategic thinking.

Germany’s position is critical to whether the main battle tanks reach Ukraine because it holds Leopard re-export veto power over the other 11 European nations currently operating the vehicle, as they are made by Germany’s Rheinmetall. That means the tanks legally cannot be transferred to another foreign nation without express permission from Berlin.

Despite supply of tanks once being considered potentially escalatory in nature, such debate has effectively ended. Instead, Germany’s reluctance has been linked to an attempt to implement a wider coalition effort that would include the supply of American M1 Abrams tanks in return for Leopard 2 approval. Washington maintains that Abrams logistical costs would be too prohibitive to consider such a move.

“It is in your power at Ramstein today not to bargain about numbers of tanks but to open a principle supply that will stop Russian evil,” he said, addressing the Ukraine Defense Contact Group remotely. He also called on international leaders to provide F-16 fighter jets and long-range missiles, saying, “It is in your power to guarantee such artillery.”

US Defense Secretary and Chair of the Contact Group Lloyd Austin told delegates that they must “dig deeper” to support the collective equipment supply effort, adding, “history is watching us, so we won’t let up.”

He expressed thanks for Germany’s recent military aid commitments to Kyiv, including a Patriot air defense system and Marder infantry fighting vehicles, but made no reference to the bigger issue of the Leopard 2 tanks.

Europe hosts an arsenal of more than 2,000 Leopard 2 NATO standard MBTs, with Poland ready to contribute a “company” of 12 as part of an international coalition. Sweden and Finland similarly have been open about their willingness to offer the tanks from their respective inventories. 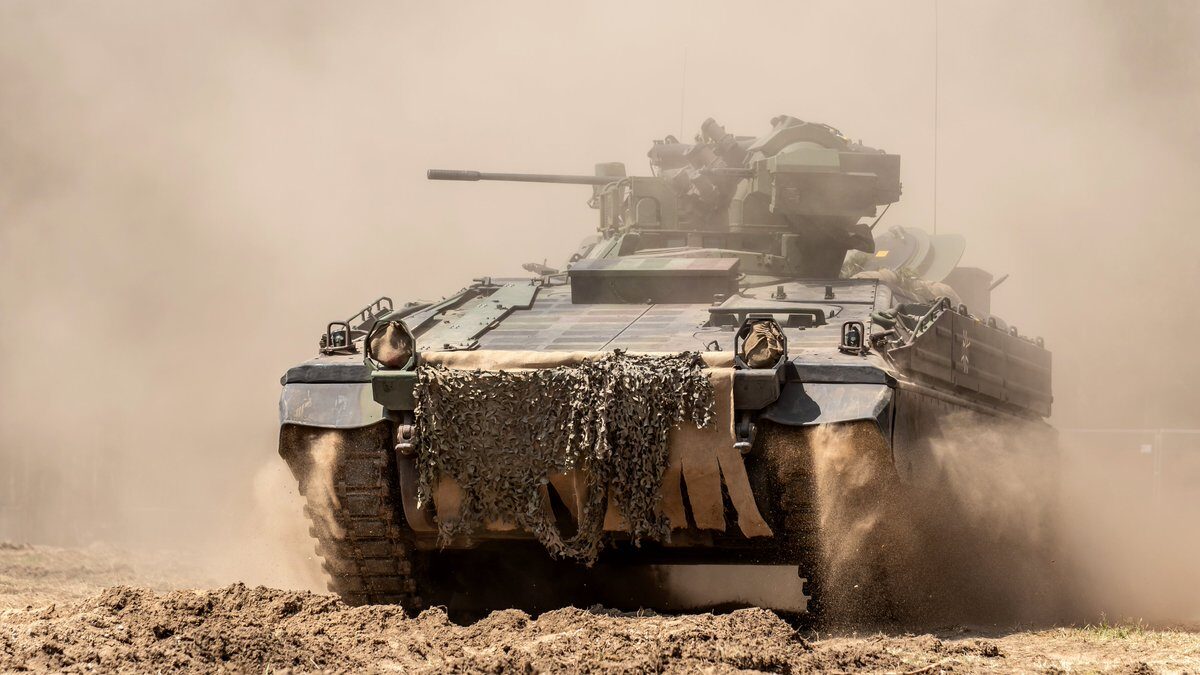 Poland appeared to be prepared to move ahead with supplying the tanks to Ukraine unilaterally after Prime Minister Mateusz Morawiecki told the country’s public radio outlet that, “We will either obtain this consent quickly [from Germany], or we will do it ourselves.”

Kyiv has called on European partners to offer 300 units ahead of a likely spring counteroffensive aimed at reclaiming ground lost to Russia, with UK government officials suggesting additional tanks are required to help Ukrainian armed forces “push back hard in the East and the South” of the country.

“We are addressing our appeal to the states that have Leopard 2 tanks in service, including Canada, Denmark, Finland, Germany, Greece, the Netherlands, Norway, Poland, Portugal, Spain, Sweden, and Turkey,” wrote Minister for Foreign Affairs of Ukraine, Dmytro Kuleba and Minister of Defense of Ukraine, Oleksii Reznikov in a Jan. 19 joint statement regarding the urgent need for additional supplies to be handed over by international partners.

Though it remains unclear if and when Germany will change tact on Leopard 2, a wave of new military aid packages were signed off this week from several Ukraine-supporting nations, the largest of which saw the US DoD commit to equipment worth an additional $2.5 billion. It takes Washington’s total equipment spending for the war effort to $26.7 billion since February 2022 and features a range of air defense systems, infantry fighting vehicles, armored personnel carriers, artillery rounds and more High Mobility Artillery Rocket Systems (HIMARS) ammunition.

The Pentagon noted in a Jan 19. statement that additional NASAMS munitions and Avenger air defense systems were being provided to “counter a range of short and medium range threats and bolster Ukraine’s layered air defense.”

The complete list from the latest US package includes:

Finnish President Sauli Niinistö also approved a new Ukraine package for the supply of “heavy artillery and munitions” on Jan 19, which the government noted will cost €400 million ($433 million) “to replace the capabilities included in this delivery.” Overall, Helsinki has put €590 million ($639 million) toward Ukraine equipment packages, according to Finnish Ministry of Defence figures.

Elsewhere, a variety of European nations jointly signed off on the “Tallinn Pledge“, in Estonia, Thursday, following Defence Ministers of Estonia, the United Kingdom, Poland, Latvia and Lithuania; and senior officials from Denmark, the Czech Republic, the Netherlands, and Slovakia, agreeing to “collectively pursuing delivery of an unprecedented set of donations including main battle tanks, heavy artillery, air defence, ammunition, and infantry fighting vehicles to Ukraine’s defence.” 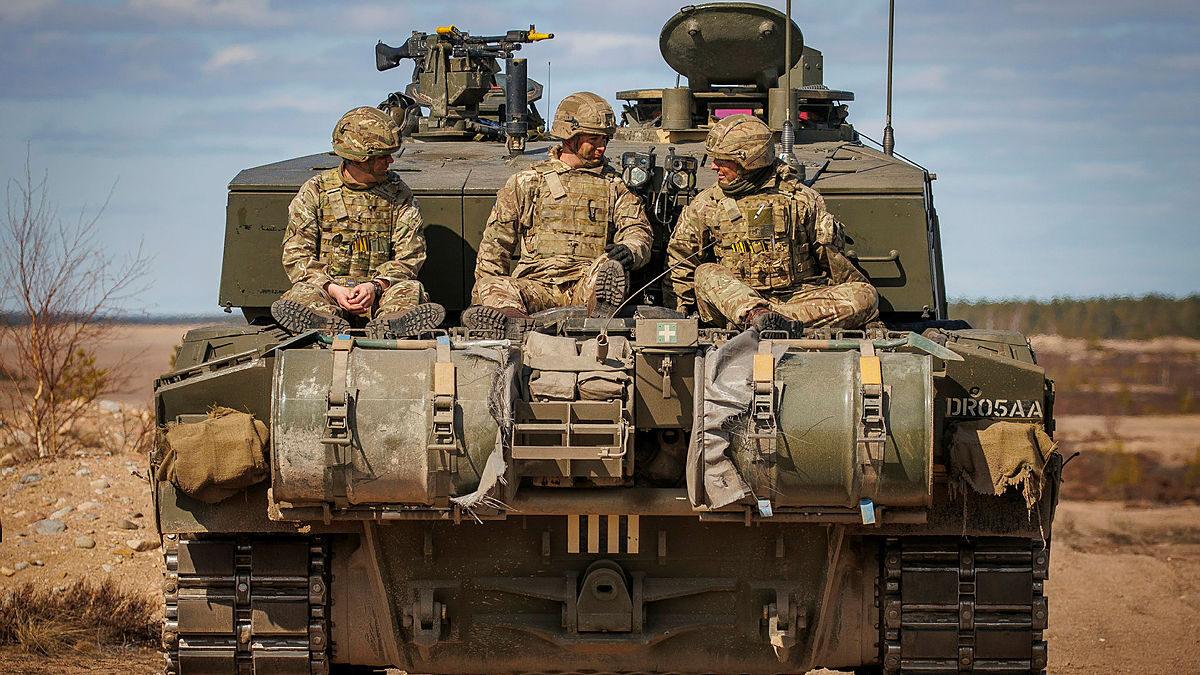 Denmark: “Weapons donations and military support” and training of Ukrainian forces. The Danish Ministry of Defence has since confirmed the equipment includes donation to Ukraine of all 19 Caesar 8×8 self-propelled artillery systems under order from French manufacturer Nexter.

Lithuania: “Dozens” of L-70 anti-aircraft guns including “tens of thousands” of ammunition, and two Mi-8 helicopters. Package estimated to be worth €85 million ($92 million) in “replacement” capability. An additional €40 million will be put toward Ukraine related equipment procurement in 2023 covering items like counter-UAS technologies and more UAVs.