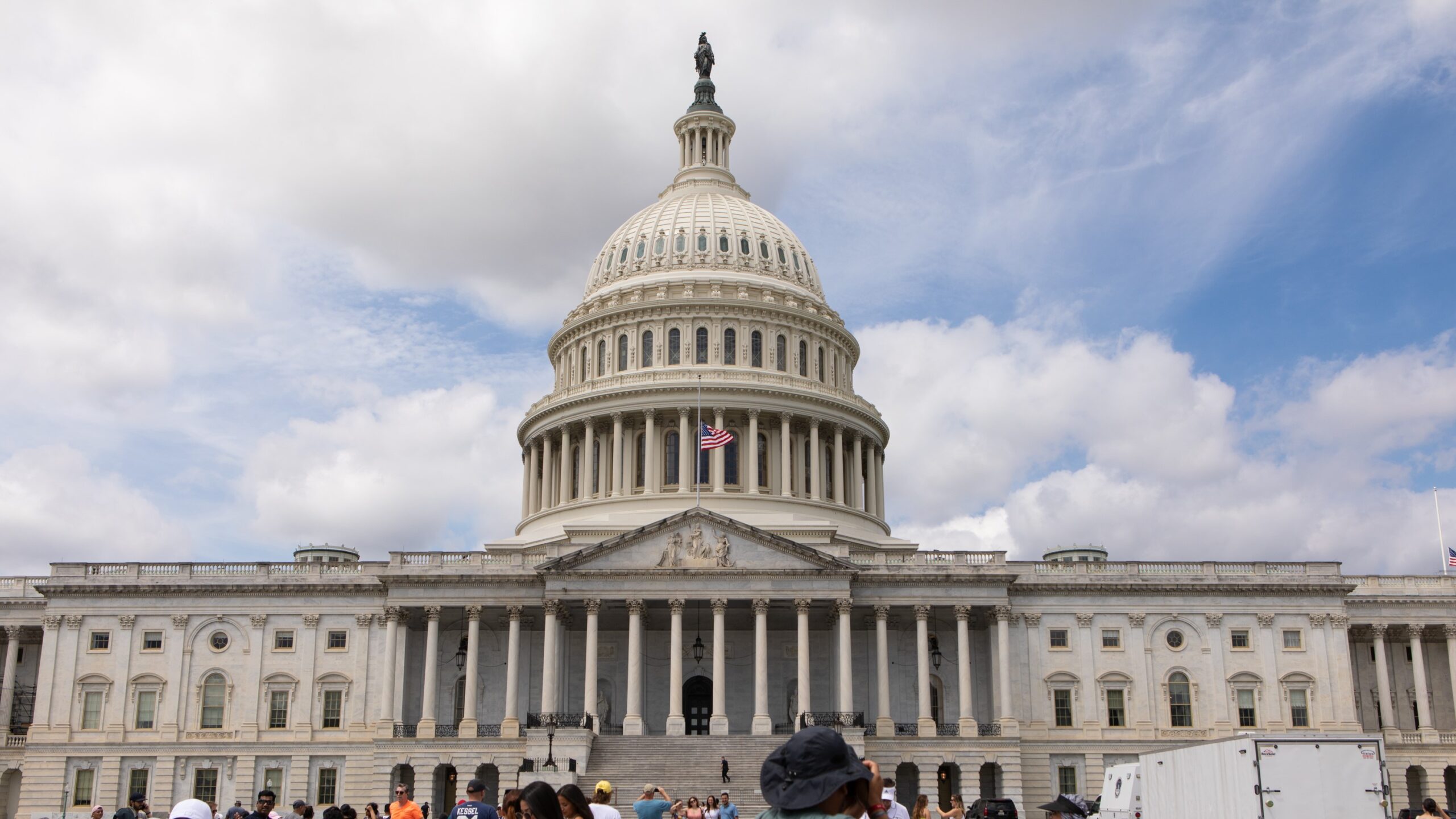 The United States Capitol is seen on Capitol Hill on August 6, 2022 in Washington, DC, during debates on the Inflation Reduction Act. (Anna Rose Layden/Getty Images)

Pentagon leaders are now acknowledging that the rise in inflation following Russia’s invasion of Ukraine is having a material impact on the defense industry. In this new op-ed, Eric Fanning, the head of the Aerospace Industries Association, argues that while there is no magic bullet to fix everything, there are solutions that both DoD and Congress could pursue to help the issue.

Inflation is a national challenge impacting us all. It is eroding our savings, challenging our daily lives, and sapping our economic strength. We cannot allow it to weaken our national security as well.

Businesses across the country are finding ways to cope with record-high inflation. Some are raising prices on their goods; others are offering fewer goods for the same price. But what happens to companies who can’t charge more, or offer less? For those that have an important role to play in keeping us all safe, the options are more limited.

This is the challenge facing defense sector businesses on the front lines of protecting the country. They make everything from fighter jets and aircraft carriers to rations and uniforms. Inflexible contracts with the Pentagon often mean they cannot raise the price of their goods or afford to increase wages for workers whose families are hard hit by inflation.

If increased costs cannot be accommodated, companies may abandon Department of Defense work for commercial enterprises. Many companies I talk to, including critical suppliers, are ‘on the bubble’ right now and may flee the defense industrial base, which would be an enormous strategic setback. DoD admitted in May that one company has already requested to cancel a long-term contract due to inflation. And last week, top Pentagon officials acknowledged concern about inflation driving small companies out of business.

Small businesses are being particularly hard hit by rising costs. For example, one small aerospace and defense business owner shared with me that his company’s lead time for some materials has increased threefold, transportation delays and costs are so significant that they have had to buy their own vans to deliver products, and salaries for skilled workers have jumped by as much as 40 percent. Small businesses did not have an opportunity to budget for these kinds of costs, and right now, the only certainty they have is that their costs will continue to rise.

The ever-increasing threats from abroad – from Russia’s brutal invasion of Ukraine to ongoing malign activities emanating from China, North Korea, Iran, and other actors – mean that the industrial base can’t slow down or offer less. The security of our country depends on the defense industrial base’s ability to get the job done.

Just as there are no easy answers to curbing inflation, there are no quick fixes to help keep us safe. But there are some things we can do to ease the pain. These include increasing investment in defense, ensuring that this spending is appropriated on time, encouraging contract flexibility, and enacting smart policies that can help streamline businesses and attract talent in the face of inflation.

First, Congress can increase defense spending above the rate of inflation. Before this year’s price spike, bipartisan experts and our nation’s top commanders agreed that real growth of 3%-5% is the amount it will take to execute our national defense strategy, support our global force, stay ahead of our adversaries, and cope with the reduced buying power inflation has caused.  The promising news is there is overwhelming bipartisan, bicameral support for stronger investment in defense as evidenced by House passage of the annual National Defense Authorization Act. This bill must be reconciled with Senate priorities and sent to the President without delay.

Second, whatever level of funding Congress does settle on, it must be appropriated on time – or as close to on time as possible. Senior defense officials, as well as congressional lawmakers from both parties, agree that continuing resolutions (CR) are wasteful and damaging.

Yet somehow we find ourselves on the brink of starting the 12th of the past 13 fiscal years under a CR. A CR combined with inflation ensures that we cannot keep up with rising costs and that our dollars will not go as far as they should, and it isn’t just defense companies who will pay the price. In April, the Pentagon told Congress that fuel alone would cost the Department over $3 billion more this fiscal year. A top military official also warned that with inflation affecting everything from food at commissaries to childcare to housing allowances in local markets, retention of service members will become more difficult.

Finally, as competition for talent gets more heated across the economy, Congress and the Pentagon must work together to ensure that the best and brightest this country has to offer want to work in the defense industry. That means supporting programs that make it easier for small businesses to partner with DOD and cutting back regulations to make the entire defense enterprise a more efficient and attractive place to work.

At the same time, talent requires investment, so allowing wage flexibility in pre-existing contracts is also essential. Inflation is having an outsized impact on our ability to attract and retain employees for critical positions, including welders, pipefitters, machinists, and other skilled trades. Employees, including highly trained and experienced workers, are leaving the sector in troubling numbers. Long-term federal contracts set wages, and many cannot reopen to adjust for inflation and its impacts. And the skyrocketing cost of housing in specific regions is inflicting additional pain to recruitment and retention efforts. DoD understands this challenge and has begun to respond but Congress must provide the Pentagon with additional authority and funding.

Inflation is everywhere. The serious impact on our national security is something about which everyone needs to be concerned, and policymakers must work to address it immediately.

Eric Fanning is president and CEO of the Aerospace Industries Association, representing more than 300 companies in the aerospace and defense sector. He served as 22nd Secretary of the Army and Acting Secretary of the Air Force.